Titled We Have a Ghost, the movie will be written and directed by Christopher Landon, known for directing multiple Paranormal Activity movies. 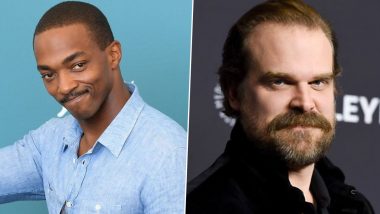 The story follows Kevin, who finds a ghost named Ernest haunting his new home. "Kevin subsequently becomes an overnight social media sensation, along with his family. But when he and Ernest go rogue to investigate the mystery of the latter's past, they become targets of the CIA," the official plotline reads. Landon is penning the script, based on Geoff Manaugh's short story, "Ernest". Meghan Markle and Prince Harry Team Up With Netflix For Second Project; An Animated Series Titled ‘Pearl’.