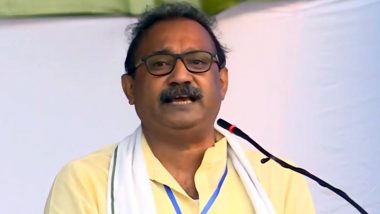 Mewalal Choudhary was among the 14 ministers who were sworn in on November 16 as part of Nitish Kumar's new term as Bihar chief minister.

In 2017, Mewalal was suspended from the Nitish Kumar-led JD(U) government over alleged irregularities in appointments during his tenure as the vice-chancellor of the Bihar Agriculture University, Sabour in Bhagalpur district. Mewalal Choudhary, Bihar Education Minister, Resigns Amid Allegations of Corruption.

"An accusation is proven only when a charge sheet is filed or a court gives an order and none of the two is there to prove the allegations against me," Mewalal said on corruption charges levelled against him.

Mewalal is an MLA from Tarapur who was suspended from the JD(U) in 2017 but was re-inducted later.