Looted money was then recovered and the police arrived on the spot and nabbed both the accused." 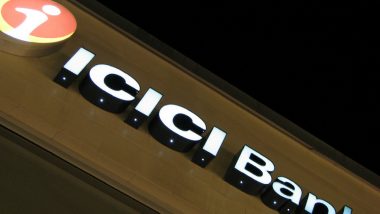 Palghar, July 30: A manager of a private bank was killed and another staff member was injured when two unknown individuals attempted to loot a bank in the Virar area of Palghar. Speaking to ANI, Senior police inspector of the Virar police station, Suresh Varade said, "The incident took place on Thursday evening around 8-8:30 pm. ICICI Bank in the Virar area was about to be closed. Two women employees (one was the bank manager and the other was the cashier) were inside the bank when the two accused entered the bank, went straight towards the locker and threatened the women employees to open the safe."

"The two accused wanted to run away with two bags full of gold and cash. When the bank manager opposed it, one of the accused attacked the woman with a sharp weapon and tried to run away from the spot", Suresh Varade said.

The police official further added, "The second woman who was present on the spot raised her voice, after which a crowd gathered and caught one of the accused. Looted money was then recovered and the police arrived on the spot and nabbed both the accused." Brazilian Bank Robbers Loot Criciúma 'Money Heist' Style by Throwing Currencies on the Street Creating a Hubbub During Escape.

The bank manager died on the spot whereas the second injured woman employee has been admitted to a hospital in Virar and her condition is critical, the official said. Virar police have registered a case. Further probe in the matter is underway.