Bharatiya Janata Party (BJP) MPs from North East have met Prime Minister Narendra Modi on Monday and submitted a memorandum expressing disapproval of attempts by a section of politicians led by Congress for indulging in one-upmanship over Assam-Mizoram border dispute. 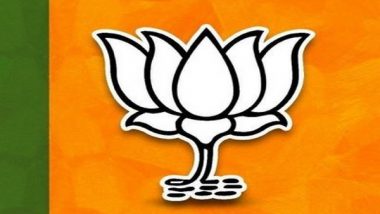 The memorandum submitted by the BJP MPs on various issues pertaining to the region including the border row further read, "A series of confidence-building measures have taken over last few days by both Assam and Mizoram governments, yet actions of Congress remains devious and mischievous."

India is united and will continue to move ahead on the path of progress, said the MPs in their memorandum submitted to the Prime Minister.

They further said, "The people of North East are touched by PM calling eight states of Northeast as Asthalakshmi."

The MPs also mentioned in their memorandum that successive Congress governments have failed to do justice to the dreams of the region.

"Former Prime Ministers Pandit Jawaharlal Nehru and Indira Gandhi were not sensitive to the aspirations of Mizo and Naga communities," they said.

The MPs from Northeast further said, "The Naga - accord, Bodo accord, Bru Reang moved towards peaceful resolutions. Northeast is home to infrastructures like Bogibeel bridge and Dhola Sadiya bridge. Insurgency and violence have been reduced. On the contrary, Congress has no regard for the culture of the Northeast.

The MPs further alleged that during the tenure of the previous Congress governments, chief ministers of North Eastern states had to wait for hours before they could get an appointment from Congress leaders and if they managed to get the appointment "they would play with their pets".

"Today North-East Democratic Alliance (NEDA) is looking after the inclusive development of Northeastern states. Unable to digest this, Congress and its ecosystem is trying many dirty tricks. In 2018 they tried to make CAA and NRC a political issue but the people of the Northeast gave them a befitting reply. Today they are trying to stoke tempers between Assam and Mizoram," said the BJP MPs in their memorandum to PM Modi.