degree from an anonymous source, the official said. Patkar is best known for producing the Marathi film 'Balkadu', a biopic of Shiv Sena founder Bal Thackeray which was released in 2015. 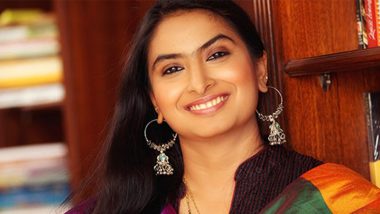 Mumbai, Jun 8: Film producer Swapna Patkar was arrested on Tuesday on cheating and forgery charges for allegedly obtaining a fake PhD degree in clinical physiology and using it to get a job in a hospital here, a police official said.

Patkar (39) is best known for producing the Marathi film 'Balkadu', a biopic of Shiv Sena founder Bal Thackeray which was released in 2015. he was arrested after an FIR was registered against her at the Bandra police station in suburban Mumbai on May 26 under IPC sections 419 (cheating by personation), 420 (cheating), 467 (forgery), and 468 (forgery for purpose of cheating), the official said. Man Rapes 12 Women After Contacting Them on Matrimonial Sites, Arrested by Navi Mumbai Police.

She had been practicing as a clinical psychologist at a prominent hospital located in Bandra (West) since 2016, he said. 51-year-old social worker, Gurdeep Kaur Singh, had lodged a police complaint against Patkar after Singh received a set of documents in a sealed envelope in April related to the latter's Ph.D. degree from an anonymous source, the official said. Mumbai Shocker: 16-Year-Old Girl Forcefully Injected With Aphrodisiacs, Raped and Assaulted in Andheri.

Using the alleged fake degree, Patkar managed to get an appointment at the hospital as an honorary consultant and was treating people having mental health issues, the official said. On May 26, Singh approached the Bandra police with the complaint against Patkar, he said, adding further probe in the case was underway.