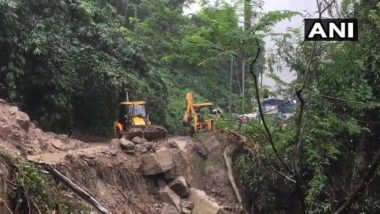 Jalpaiguri/ Darjeeling, September 24: Severe water-logging was reported in several areas of Jalpaiguri on Thursday following consistent heavy rains for the past couple of days. The incessant rainfall has also resulted in multiple landslides on National Highway 31 and National Highway 10 near Sevoke in Darjeeling. Work is underway to clear the blocked roads.

According to the IMD, the sky will generally be cloudy along with rains till September 27 in both Jalpaiguri and Darjeeling. The temperature in these region would oscillate between 24 degrees Celsius and 32 degrees Celsius.