After spending over 18 years in prison serving the jail terms awarded to him in 14 different criminal cases one after the other, a 61-year old convict finally got relief with the Kerala High Court directing that he be released forthwith. 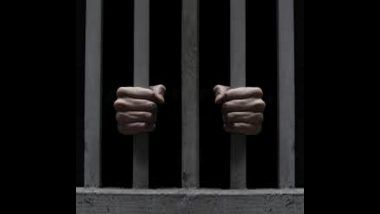 Kochi, Jul 26: After spending over 18 years in prison serving the jail terms awarded to him in 14 different criminal cases one after the other, a 61-year old convict finally got relief with the Kerala High Court directing that he be released forthwith.

The man was arrested in 2003 and was in prison ever since and if the high court had not intervened he would have ended up serving around 30 years in jail for offences like theft, housebreaking, lurking house trespass by night, etc.

The man had pleaded guilty in all the 14 cases and as a result he was convicted in all of them, between 2007 to 2010, and was awarded varying jail terms for periods ranging from 6 months to 5 years which added together came to 30 years and six months.

However, as the crimes were committed at different periods of time and were pending before different trial courts, none of them exercised the discretion they had under the Criminal Procedure Code (CrPC) to order that the sentences would run concurrently, the high court noted in its judgement.

Had the discretion been exercised, the convict -- Sivanandan -- would have been out after serving five years, which was the maximum sentence awarded to him in one of the 14 cases.

In the absence of such a direction by any of the trial courts, he continued to remain in prison and had the high court not ordered his release, he would have served a total of 30 years and six months.

The issue came to the high court's attention when the convict moved a plea seeking his release on the grounds that his continued detention was illegal and that he was old and infirm.

Noting that he was awarded five years jail term in only one of the cases and in the rest he was sentenced to lesser imprisonment, Justice Ashok Menon said,

"I find that it will be in the interest of justice if this court exercises its jurisdiction under the CrPC and intervenes..."

"In the instant case, I find the petitioner (Sivanandan) had not even contested the cases and had pleaded guilty, in consequence of which he was sentenced to imprisonment. He is more than 60 years old and has been in prison for more than 18 years now.

"Under the circumstances, exercising the jurisdiction under Section 482 (inherent powers of the high court) of the CrPC, the respondents (state and prison authorities) are directed to release the petitioner (Sivanandan) forthwith recording that he has undergone the sentence in all the crimes in which he was convicted," Justice Menon said.