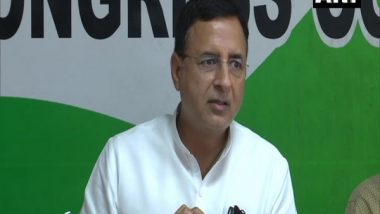 "In Punjab, Congres presented a new leadership through Charanjit Singh Channi who is son of the soil, but the entire anti-incumbency of 4.5 years under Captain Amarinder Singh could not be overcome and hence people voted for AAP for change," Surjewala said addressing a press conference here today.

Congress went into the polls having battled factionalism and anti-incumbency. The party changed its chief minister in September last year even as new Congress chief Navjot Singh Sidhu hinted about his own chief ministerial ambitions. The Congress finally declared Charanjit Singh Channi, the first Dalit Chief Minister of Punjab, as its chief ministerial candidate days before the polling on February 20.

The Shiromani Akali Dal, which had broken off its alliance with BJP over three farm laws which were eventually repealed, tied up with Bahujan Samaj Party for the assembly elections.

It is the first time that BJP fought over 65 seats in Punjab. It tied up with former chief minister Captain Amarinder Singh's Punjab Lok Congress and SAD (Sanyukt) led by SS Dhindsa. BJP leaders have talked of putting up a strong performance in the polls.