American rapper and record producer Kanye West will be hosting yet another Donda listening event, ahead of the planned August 6 release of his 10th studio album. 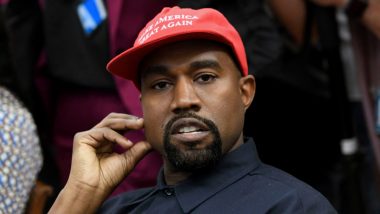 American rapper and record producer Kanye West will be hosting yet another Donda listening event, ahead of the planned August 6 release of his 10th studio album. According to The Hollywood Reporter, creative directed by Demna Gvasalia, the public listening party will take place on August 5 at 9 p.m. EST. This news was revealed on the rapper's Instagram account and via Def Dam Recording's official Twitter handle. Similar to the first album event, the upcoming release party will be held at the Mercedes-Benz Stadium. Tickets will be available starting Monday, August 2 at 10 a.m. EST. Kanye West Premieres New Album ‘Donda’ at Massive Atlanta Listening Event.

The album initially premiered on July 22 to a sold-out crowd at the Atlanta Stadium, only a day ahead of its original July 23 release date. That event, which was live-streamed globally via Apple Music, followed the announcement of West's latest album during a Beats by Dre commercial spot that aired during Game 6 of the NBA finals. Starring American track and field sprinter Sha'Carri Richardson, the ad was scored and edited by West. Here’s How Kanye West Is Helping Ex Kim Kardashian to Relaunch Her KKW Beauty Brand.

Though no official tracklist has been released, songs played during the first listening session featured appearances by Jay-Z, Lil Baby, Travis Scott, Pusha T and others. Along with details around when and where the second 'Donda' listening event will take place, the social media announcement also included an image of a loading symbol on top of an all-white background, along with confirmation of the album title.

The Grammy winner's album was named after his mother, Donda West, who died at the age of 58 in 2007. Donda follows West's 2019 gospel-themed album 'Jesus Is King'. As per The Hollywood Reporter, earlier this week, the rapper revealed that he was living in the Atlanta stadium while completing work on the album, which had its release date pushed from July to early August.