Man named Shaquan King, who was arrested for trespassing and swimming naked in Kendall Jenner's pool had shown up to Kylie Jenner's house, after six hours of being released from jail. 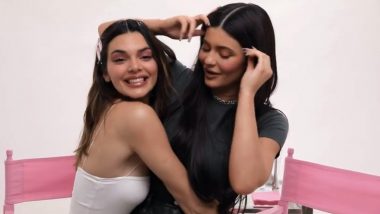 The man, who was arrested for trespassing American reality TV star Kendall Jenner's house, made his way to Kylie's gated community and was arrested for felony stalking. TMZ reported that the man named Shaquan King, who was arrested for trespassing and swimming naked in Kendall Jenner's pool had shown up to Kylie Jenner's house, after six hours of being released from jail. Kendall got a temporary restraining order on Thursday against the 27-year-old trespasser. Kylie Jenner Donates $500K to Cancer Centre for Adolescents, Young Adults.

In the legal documents, obtained by TMZ, the 25-year old fashion mogul stated that the man-made it onto her property early Sunday morning, removed his clothes, and got into her pool before her personal security ordered him out, detained him and cops came to make an arrest. Making his way to Kylie's gated community, Shaquan was again arrested on Tuesday for felony stalking. All this happened within approximately six hours of being released from jail. Keeping Up With the Kardashians: Kylie Jenner Feels Her Cameo in Cardi B’s Controversial WAP Song Was a Career-Highlight.

Kendall also stated in the complaint that she had left her house in fear for her own safety as Shaquan already has a criminal history in the documents, claiming he has been busted for kidnapping and has photos of her on his social media pages. Following this, a restraining order has been put on Shaquan in order to provide protection to the Jenner sisters. The order states that he has to stay at least 100 yards away from the sister's residential area. TMZ reported that Kendall has since hired more armed security and left her home, with no plans to ever return.