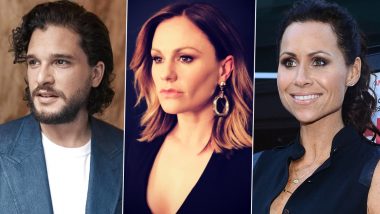 “We're so excited to bring a second season of this series to life, and give an opportunity to really shine a light on what matters most. With so much uncertainty in our current world, these stories bring truth and love to people everywhere, and I'm so appreciative to be a part of making that happen, series showrunner John Carney said in a statement to Variety. Carney also serves as writer, director and executive producer on the series.