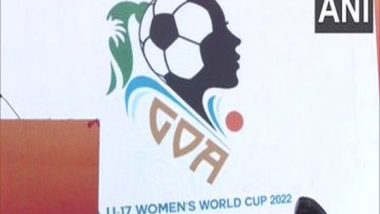 The U-17 Indian women's team has been drawn in Group A alongside the likes of Morocco, Brazil, and the United States of America (USA). India will play all their games at the Kalinga Stadium in Bhubaneswar. The Pandit Jawaharlal Nehru Stadium in Goa and the DY Patil Stadium in Navi Mumbai are the remaining venues that will host the FIFA U-17 Women's World Cup India 2022.

India had hosted FIFA Under-17 Men's World Cup 2017 and now the best young female footballers from across the world will be showcasing their skills to lift the coveted trophy.

Financial outlay of Rs. 10 crore assistance to All India Football Federation (AIFF) for the field of play maintenance, stadium power, energy and cabling, stadia and training site branding will be met from the budgetary allocation for the Scheme of Assistance to National Sports Federations (NSFs), an official release said. It said FIFA U-17 Women's World Cup India 2022 has the potential to strengthen women's football in the country and the event is expected to increase the representation of women in football leadership and decision-making bodies and improve football standards for women in India and improve the commercial value of the women's game.

The event will not only promote football as the sport of choice among Indian girls but is also poised to leave a lasting legacy that will facilitate girls and women in the country to embrace football and sports in general. The FIFA U-17 Women's World Cup is the world championship for female players under or up to the age of 17, organized by FIFA. The event started in 2008 and is traditionally held in even-numbered years. The 6th edition of the event was held in Uruguay from November 13 to December 1, 2018. Spain is the current champion of the FIFA Under-17 Women's World Cup.

FIFA U-17 Women's World Cup India 2022 will be the seventh edition of the tournament in which 16 teams, including India, will participate. The AIFF has proposed holding of the competition matches at three venues - Bhubaneshwar, Navi Mumbai and Goa. India successfully hosted the FIFA Under-17 Men's World Cup India-2017 at six different venues - New Delhi, Guwahati, Mumbai, Goa, Kochi and Kolkata. (ANI)