Previously, Johnson had said that the whole argument with Tyrese was 'pretty disappointing" because he had been friends with the latter for a very long time. 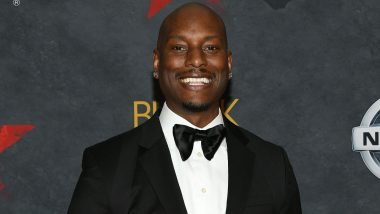 Washington DC,July 18: Hollywood actor Tyrese Gibson has admitted that taking his feud with fellow 'Fast and Furious' actor Dwayne Johnson in public was `unprofessional`. Earlier, Gibson had criticised Johnson on Instagram and accused the latter of being `selfish` by making the Fast and the Furious franchise all about himself.  The film was originally scheduled to release in April 2019, but the date was later pushed to April 2020.

"I found myself being the messenger on behalf of various people associated to the franchise, but stupid me was the only one who went public about those feelings, which is my own fault. It's not professional, it's not cool," E! Online quoted Gibson as saying.

Previously, Johnson had said that the whole argument with Tyrese was "pretty disappointing" because he had been friends with the latter for a very long time.

"I always feel like a beef requires two people to actually jump in it, and it was pretty one-sided and he had voiced his opinion a lot on social media. Apparently, he was going through some stuff, too, in his personal life. But, no, we haven't talked and I don't see where we would and, to me, there's no need to have a conversation," he had said in regard to the feud.