Get latest articles and stories on World at LatestLY. The Combined Natural Gas (CNG) price in Pakistan rose to its highest at Rs 300 per kilogram following which the CNG Dealers Association slammed the government for wanting to end the sector and jacking up the prices without consultations. 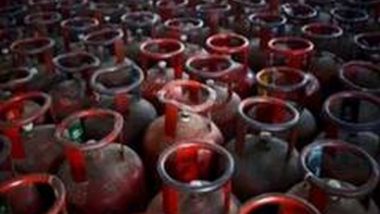 Islamabad [Pakistan], May 15 (ANI): The Combined Natural Gas (CNG) price in Pakistan rose to its highest at Rs 300 per kilogram following which the CNG Dealers Association slammed the government for wanting to end the sector and jacking up the prices without consultations.

This comes as CNG prices shot up to their highest level of Rs 300 per kilogram in Pakistan, following a hike of Rs 70, ARY News reported on Saturday.

In a statement, CNG Dealers Association Chairman Abdul Sami Khan said that the price of Re-Gasified Liquefied Natural Gas (RLNG) has also been increased. Expressing anger over the price hike, the chairman said that investments worth billions are being wasted in the CNG sector.

He added that CNG was considered a cheap fuel but the massive hike will wipe out its demand. The Chairman also demanded that the federal government should provide RLNG to the CNG sector at subsidized rates, otherwise, it should completely end the CNG sector.

As Pakistan's economy remains in the doldrums, the talks with International Monetary Fund (IMF) from May 18 stand crucial. Finance Minister Miftah Ismail had said that the government treasury is bearing 102 billion rupees loss on account of petroleum products each month.

"The government is bearing per litre 30 rupees loss on petroleum," Pakistan's finance minister said. "However, the decision not yet taken to enhance the prices of petroleum products," he continued.

The long-standing structural weakness of Pakistan's economy, aggravated by the global challenges of the COVID-19 pandemic and the Ukraine-Russia war, is scaring away the investors in the country.

Moreover, the growth momentum is not expected to pick up in Pakistan in the near future as a sharp spike in the import bill would also impact the Pakistani Rupee adversely. The World Bank report cites the financial sector's inadequacy as one of the reasons for this low growth.

The Pakistan government, which has borrowed from the banks at a high-interest rate, earns nominal interest for its cash balance, which is forcing the exchequer into heavy indebtedness as well as a liquidity crunch for the private sector.

The investments in Pakistan are also derived from savings. The domestic investment potential in the country is demonstrated by the fact that less than 50 per cent of domestic savings find their way to the financial sector with the rest used in real estate, being intermediated through informal channels, or soaked up directly by the government through National Savings.

As the economy has failed to match up with the industrial advances, a huge gap in its infrastructure has been created which calls for a significant inflow of investments into Pakistan's economy. However, the economy's problems which are structural and deep-rooted pose a great challenge for the government. (ANI)