Get latest articles and stories on World at LatestLY. The G7 Foreign Ministers on Saturday condemned North Korea's testing of ballistic missiles and further development of missile and nuclear capabilities. 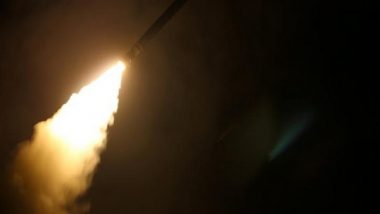 "We strongly condemn the continued testing of ballistic missiles by the Democratic People's Republic of Korea (DPRK), including the Intercontinental Ballistic Missile (ICBM) launch conducted on March 24, 2022, which confirms yet again the DPRK's intention to further develop its nuclear and missiles capabilities. We deeply regret that the DPRK, with the most recent launches, has also abandoned its self-declared moratorium on ICBM launches," the Foreign Ministers said in a joint communique after a meeting in the German city of Weissenhaus earlier in the day.

North Korea conducted its latest launch of an unknown projectile on Thursday, marking the 16th test of missiles this year.

The previous launch was conducted on May 7, when Pyongyang did not officially announce the missile launch and did not explain what kind of projectile it was.

The three-day meeting of foreign ministers of Canada, France, Germany, Italy, Japan, the United Kingdom, and the United States is being held in Germany from Saturday to Monday to discuss Russia's military operation in Ukraine and other global issues. (ANI/Sputnik)