E-Mart is reportedly speeding up its acquisition of an additional stake in Starbucks Korea. 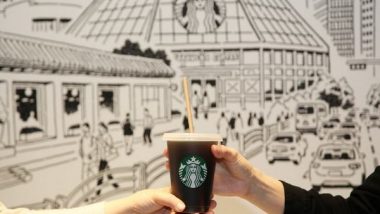 Seoul [South Korea], July 27 (ANI/Global Economic): E-Mart is reportedly speeding up its acquisition of an additional stake in Starbucks Korea.

According to the distribution industry on Monday, Shinsegae Group is planning to purchase an additional 50 per cent stake of Starbucks Korea from Starbucks International, its US headquarters. It is reported that 30 per cent of shares are likely to be acquired by the Singaporean sovereign wealth fund (GIC).

"E-Mart is negotiating to acquire a stake held by Starbucks International," a Shinsegae Group's official said. "The details or schedule have not been confirmed."

Starbucks Korea surpassed 1 trillion won in sales in 2016 in 20 years since it first entered Korea in 1997. Its sales revenue increased by 4.1 per cent year-on-year to 1.9284 trillion won last year despite the spread of COVID-19. However, operating profit decreased 6.1 per cent to 164.4 billion won.

"We have considered acquiring additional shares in Starbucks Korea, but nothing has been confirmed," E-Mart said in a clarification announcement. "We will announce within a month or at a time when the details are confirmed." (ANI/Global Economic)