The banned Pakistani Taliban on Tuesday claimed responsibility for an overnight gun attack on police in Islamabad that killed an officer and wounded two others. 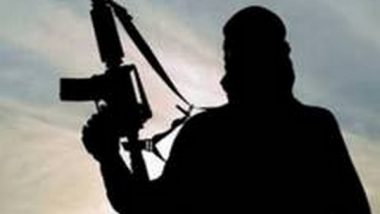 Islamabad, January 19: The banned Pakistani Taliban on Tuesday claimed responsibility for an overnight gun attack on police in Islamabad that killed an officer and wounded two others.

Police officials said two gunmen riding a motorcycle opened fire on a security checkpoint near one of the city's busy markets late on Monday. They say the ensuing shootout killed both the assailants, Voice of America (VOA) reported. Also Read | Vijay Mallya Faces Eviction From Luxury Home in London After UK High Court Rules Against Him in a Dispute With UBS.

The Tehreek-i-Taliban (TTP) has increased attacks in Pakistan, particularly since early December when a 30-day ceasefire between the outfit and the government expired.

Afghanistan's ruling Taliban had brokered the truce to try to pave the way for substantive peace talks between the two adversaries. But the Pakistani Taliban refused to extend the ceasefire deal, citing a lack of progress in the talks, VOA reported.

It further reported that over the years, the TTP has claimed responsibility for carrying out hundreds of suicide bombings and other attacks in Pakistan that killed thousands of Pakistani civilians and security forces.

"Pakistan says TTP leaders and fighters have taken refuge in neighboring Afghanistan from where they are organizing cross-border terrorist attacks," VOA reported.

Meanwhile, Interior Minister Sheikh Rashid on Tuesday said the gun attack on police in Islamabad the previous night was not a robbery or dacoity gone awry but an act of terrorism, Dawn reported.