United Nations High Commissioner for Refugees has expressed concern on rapid migration under the Taliban's rule from Afghanistan to neighboring countries such as Iran. 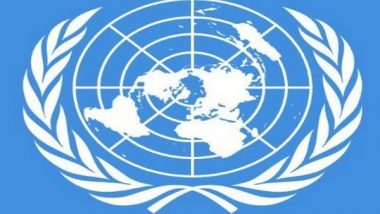 Kabul, December 10: United Nations High Commissioner for Refugees has expressed concern on rapid migration under the Taliban's rule from Afghanistan to neighboring countries such as Iran.

A senior UN official urged the Islamic Emirate and the international community to find a 'modus operandi' to tackle the current crisis in Afghanistan, according to Tolo News.

Further, the UN High Commissioner for Refugees (UNHCR), Filippo Grandi, warned that the economic collapse of the country would trigger a massive wave of migration to the neighboring and world countries.

"Ultimately, the Taliban, who are in control of the country today, and the international community and its entities need to find a modus operandi, need to co-exist with each other, need to make the necessary steps for that to happen," he told the UN Security Council.

"The Taliban of course by delivering on the all-important issues of the rights of women, women at work, rights of minorities--and the international community by supporting it as it needs to happen, the functioning of the state and all of this for the sake of the Afghan people," he added.

The UN and other humanitarian organizations are expressing grave concern over the deterioration of living conditions in Afghanistan as thousands of people still lack access to proper shelter in wintertime, according to the Tolo News.

Meanwhile, Afghanistan's Ministry of Refugees and Repatriation said that over 1,000 Afghans had been illegally crossing the borders to Iran.

However, it's believed that the formation of a strong economic system could overcome the current situation in Afghanistan besides help from overseas donors.

According to the UNHCR, 3.4 million Afghan refugees are living in Iran, of whom two million lack legal documents