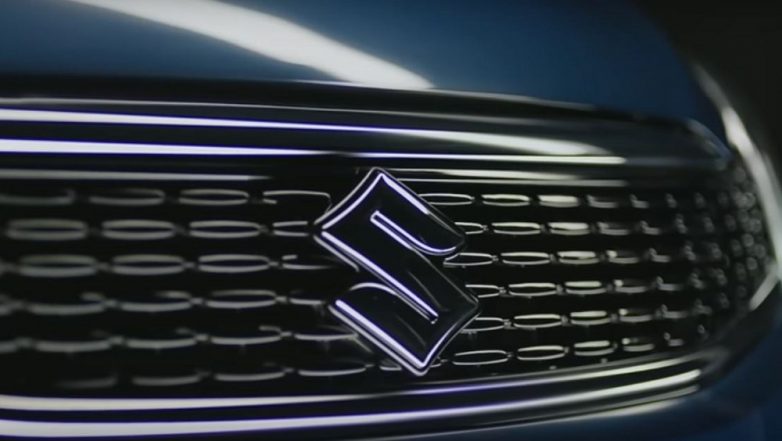 Maruti Suzuki, the country's leading car manufacturer, is expected to launch the much awaited 2018 Ciaz sedan in India on August 20. The Honda City rival has been spotted at dealership stockyard ahead of its launch. The company has already started taking pre-orders for the new Ciaz at all Maruti dealerships across the country. The facelifted version of Ciaz will come with a host of updates not only on the outside but also inside. The new Ciaz will be offered in 4 trim levels - Sigma, Delta, Zeta and Alpha. Maruti Suzuki Price Hike: Maruti Swift, Dzire, Brezza, Ertiga, Baleno & All Other Models Becomes Expensive by up to Rs 6100.

As far as the features are concerned, the top end variant model of the new Maruti Suzuki Ciaz will be fitted with Smartplay touchscreen infotainment system, Apple CarPlay and Android Auto, faux leather upholstery, automatic headlamps, rear parking camera, rear defogger and more. On the safety front, the Ciaz facelift will be equipped with dual airbags and ABS with EBD as standard. Apple’s First Car Can Be Launched by 2023 Says Former Analyst Ming-Chi Kuo.

Under the hood, the new 2018 Maruti Ciaz sedan will continue to be offered in both petrol and diesel engine options. However, the petrol unit will be a new 1.5-Litre K15B 4-cylinder unit, which will be tuned to produce maximum power of 103bhp and torque of 138Nm. It petrol unit will also be offered with SHVS mild hybrid technology. On the other hand, the oil burner will be the same 1.3-litre diesel as seen on the outgoing model. The unit will churn out 89bhp of maximum power and torque of 200Nm. Transmission duties will be carried out by a 5-speed manual gearbox as standard along with optional AMT on petrol and diesel model.

Slated to be launched in the domestic market on August 20, the new Maruti Ciaz 2018 is expected to be slotted in the price range of Rs 8 lakh to Rs 13 lakh (ex-showroom). Once launched, the new Ciaz 2018 sedan will compete against the likes of Hyundai Verna, Honda City, Volkswagen Vento and Skoda Rapid in the mid-size sedan space.