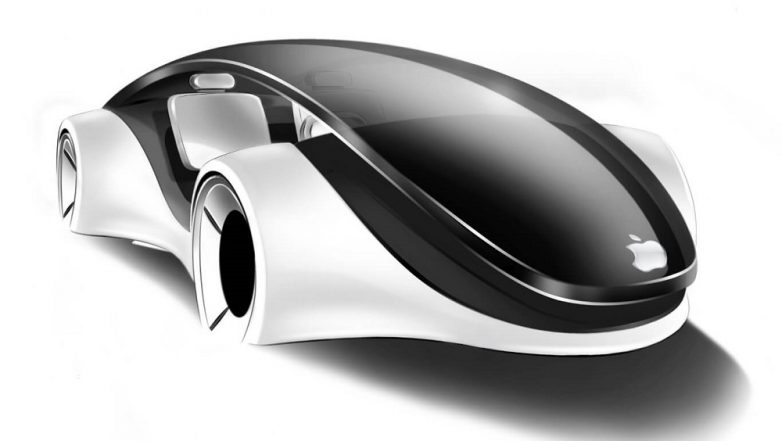 According to the report from MacRumors, Apple analyst Ming-Chi Kuo who currently works for TF International Securities said that "Apple will earn its 2 trillion dollar market cap through its services business, an Augmented Reality headset, and an Apple Car."

Moreover, the analyst has sent a new note for investors, which outlines products that he anticipates to be rolled out from the house of Apple in the future. Hyundai AH2 Hatchback Official Design Sketch Revealed; India Launch Around Diwali.

The report further added that Apple would launch an Apple Car sometime between 2023 and 2025, which will be positioned as 'the next star product'. The former Apple employee foresees the Apple Car as a revolutionary product in the automobile market.

However, Kuo did not reveal additional information about the Apple car or when exactly it will be revealed. New Mahindra Marazzo MPV Interior Images Reveal 7 and 8 Seater Layout Ahead of India Launch.

The American tech company has majorly remained silent about its plans concerning the Apple car. Moreover, Apple has more self-driving car permits in the US state of California than any other tech firm. However, various industry watchers have referred Apple Car as the worst kept secret of Silicon Valley.