Clarity: How Our Love Life Affects Mental Health & Performance in Business and Life

With these resources and tools for finding and maintaining a healthy relationship, we may be one step closer to putting an end to this incessant game of dominoes leading to unfulfillment and thus a deterioration of the collective mental state. 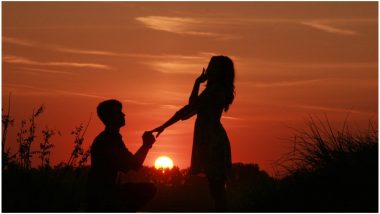 One should never underestimate the power of a relationship, nor that of an app that gives people the resources and tools to be successful in navigating the complex journey of dating and relationships. For most people, intimate connection is a necessity, especially in such trying times as these. The process of having a relationship, or even the search for one, can make or break one’s mental health, and thus impair performance in day-to-day activities, both in your professional and personal life.

According to Tony Robbins, mental health and performance is determined by the fulfillment of the basic human needs, including: certainty of pleasure over pain, variety of life, significance to another, connection to others, and contribution to the support of others. When these needs fail to be met, it leads to anxiety, depression, and general deterioration of our mental state.

While one would assume dating apps might be conscious of the importance of these basic human needs, they have proven to be far from understanding or nurturing; often robbing their users of at least one or all of the basic human needs. Rather, it is a fatal game of dominoes, full of uncertainty, bias, and shallowness; the end of which can impact every aspect of one’s life, often to the user’s detriment. However, with new startup companies like Clarity, the new social media network for your love life, we can have the tools and resources to be successful in dating and relationships, and perhaps end this often disappointing game of chance altogether.

Pre-existing apps have made numerous attempts to remedy loneliness and heartbreak—and now painstaking isolation due to Covid-19. Although it may have worked for some, for many at best, the result has made us into emotional zombies looking for the next hookup, and at worst has created a volatile, and in many cases, hostile environment that is far from nurturing and understanding. Lisa Fei, founder and CEO of Clarity, notes that these apps are merely focused on a randomized matchmaking element, rather than the actual science, psychology, and support network that is needed to build a fulfilling and lasting relationship.

According to the PEW Research Center, 30% of American adults used one dating app or another by February of this year, only a month prior to the pandemic. Meanwhile, only a small 12% claimed to have found a meaningful relationship, leaving the vast majority unfulfilled. Since the initial stay-at-home order, the use of dating apps has increased as much as 23% in some cases, thereby increasing the negative interactions and challenges with these apps accordingly. Suffice it to say that pre-existing dating apps have done nothing to remedy the fact that they don’t assist the user after the initial match, despite the fact that more people than ever have come to depend on them in the struggle to fulfill their basic needs that span beyond this.

A change must be made, and soon, before hope of finding and maintaining a healthy and endearing relationship further dissipates. Yet, from even the deepest of darkness can come a glimmer of light. One such light shines from the mind of Lisa Fei, founder and CEO of the newly launched Clarity app.

Lisa and her company seek to stray from the norm of being stuck between disappointment and solace. Clarity’s female-led team strives to provide a safe haven for the outspoken as much as the anonymous introvert, where anyone can safely and discreetly confide their thoughts in a judgment-free zone and seek answers to their questions in a community of like-minded people with similar experiences. The app also features a MasterClass element with an ever-growing library of 300+ lessons created by over 50+ of the world’s top experts in dating and relationships, including: leading practitioners of Gottman’s Theory, a Stanford University research psychologist, an Oxford University neuroscientist, sexologists, astrologists, marriage and family therapists, dating coaches, Reiki specialists, Tantra practitioners, beauty and image specialists, financial experts, and more.

To further reinforce its user’s sense of security, hope for love, and facilitation of use, the app has a zero tolerance policy for hate-speech, harassment, or slander of any kind, ensuring a sanctuary for anyone who seeks to be heard. With these resources and tools for finding and maintaining a healthy relationship, we may be one step closer to putting an end to this incessant game of dominoes leading to unfulfillment and thus a deterioration of the collective mental state. Perhaps now, with science, psychology, and community at its back, love may yet find a way.