Hyundai has officially revealed exterior and interior design sketches of the upcoming Alcazar SUV. The forthcoming SUV is basically a three-row derivative of its best-seller, the Creta. 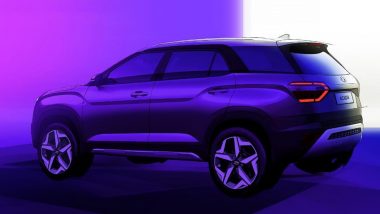 The South Korean carmaker, Hyundai, has officially revealed exterior and interior design sketches of the upcoming Alcazar SUV. The forthcoming SUV is basically a three-row derivative of its best-seller, the Creta. The Hyundai Alcazar 7-seater will be unveiled in India by early next month, probably first week. Finally, the carmaker gave us first glimpse of its three-row SUV, which will lock horns with Tata Safari, MG Hector Plus, Mahindra XUV500 and others in the segment. Hyundai Sales Up 26% in February 2021 at 61,800 Units.

Based on the Creta compact SUV, the Alcazar will sport design and styling changes for differentiating both the cars. As seen in spy images, the Creta's elder sibling will get an updated grille carrying a different design. However, the images show major changes at the rear. The rear section gets an all-new LED tail lamp with C-shaped signature providing a mature and refined look. At the sides, the SUV looks very similar to the 5-seater Creta. 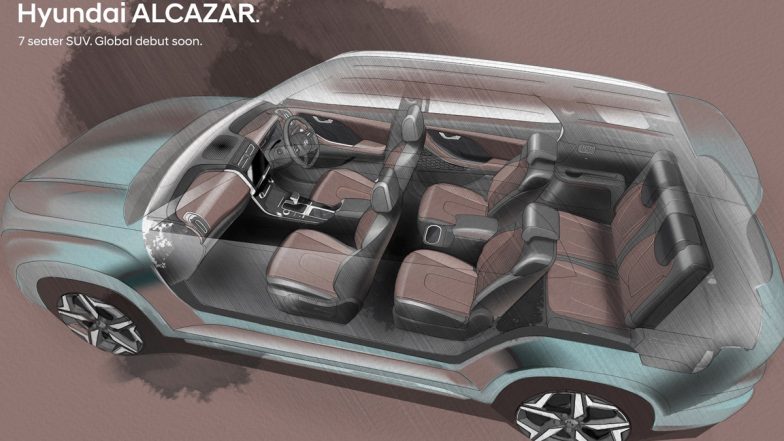 As far as powertrains are concerned, the Alcazar is likely to be powered in both petrol and diesel options. It could borrow Creta's 1.4-litre turbo-petrol and 1.5-litre diesel engines. The former is capable of making 140 PS while the latter is good for 115 PS. Transmission options could include a 7-speed dual-clutch automatic, 6-speed manual and 6-speed torque converter automatic transmissions. 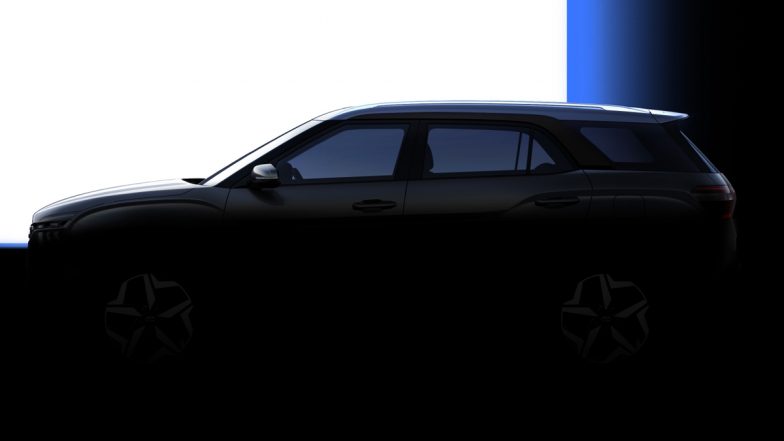 (The above story first appeared on LatestLY on Mar 24, 2021 10:27 PM IST. For more news and updates on politics, world, sports, entertainment and lifestyle, log on to our website latestly.com).