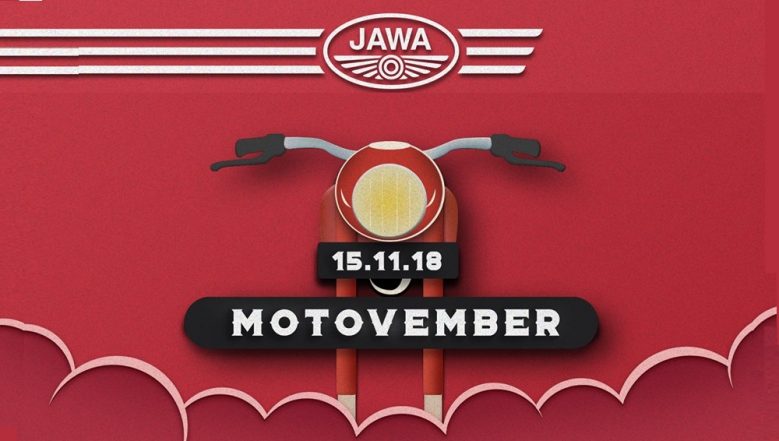 Jawa Motorcycles will be making a comeback in the Indian market today by revealing the all-new 300cc motorcycle at an event in Mumbai today. Partnered with Mahindra Two Wheelers, Classic Legends will launch the new Jawa 300 Classic motorcycle. Moreover, the company is also expected to unveil three new retro-modern motorcycles as well. The company will be streaming the launch event on its official Facebook and Instagram handles along with YouTube Channel. The launch event is scheduled to commence at 11.30 AM IST. Jawa 300 Classic Official Teaser Video Released: Top 5 Things To Know About Royal Enfield Classic 350 Rival.

It is almost 2 years since Mahindra bought Classic Legends and finally we will see a product from the company under Mahindra's umbrella. Moreover, the new upcoming Jawa Motorcycle has been spied number of times while testing on Indian roads. Just ahead of its India debut, the new 300cc Jawa bike has been spied yet again. The new spy shots reveals that the new 300 cc bike will carry substantial upgrades in comparison to original Jawa Classic. The motorcycle will also be bigger than the latter.

Other highlights of the new Jawa 300 motorcycle include single channel ABS, disc brake at the front, rear drum brake, telescopic suspension, gas charged rear suspension, spoke wheels and more. As far as the prices are concerned, the new upcoming Jawa motorcycle could be priced around Rs 2 lakh (ex-showroom).

Aside from Jawa 300 Classic, the brand will also launch a Cafe Racer and a Scrambler. All three bikes will use the same powertrain options and transmissions; however, they will vary in terms of styling and suspension setup.