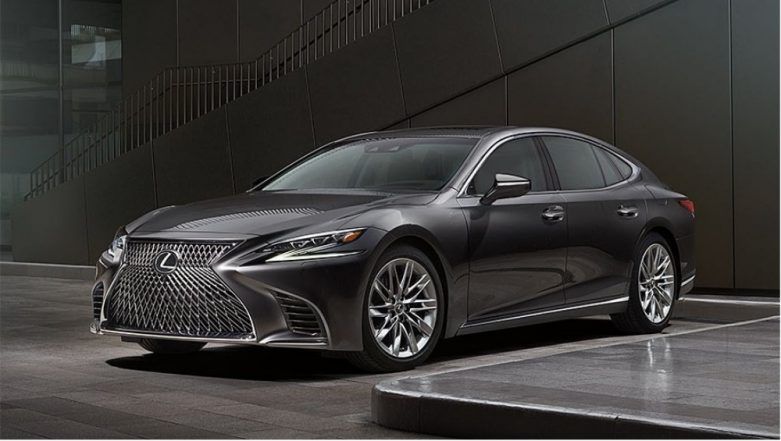 Japanese luxury carmaker Lexus started its new year grand by launching a new hybrid sedan Lexus LS 500h in India. The car has 3 variants on the scale of its offerings. The Luxury variant is priced at Rs. 1.77 crore, Ultra Luxury at Rs. 1.82 crore and Distinct variant at Rs. 1.93 crore. Lexus has made itself recognized with its hybrid-electric portfolio instead of the conventional petrol and diesel cars.

The all-new LS has a sleek, bold design and built according to the company’s all-new global architecture for luxury vehicles. Lexus adopts a technique of hospitality even in their car models. It means adopting a human-focused approach to the vehicle like taking care of the driver and passengers, looking after their comfort and protecting them from hazards. The car looks extremely stylish from not just outside but even on the inside. The adjustable front seats have in-built massaging and heating mechanism. The rear seats can recline by 45 degrees.

The car is powered by 3.5 litre petrol engine combined with a 310.8kV lithium-ion battery system. It can accelerate from 0-100 kmph in 5.4 seconds. It has an in-built 10-speed automatic transmission which transmits power to the rear wheels. There is also a 12.3-inch infotainment screen at front of the navigation. It has advanced electronic controls to bring Vehicle Dynamics Integrated Management (VDIM) to an even higher level.

“This is a car crafted for someone who has known the pleasures of dining at Michelin-starred restaurants, holidaying at the best resorts and generally being at the top of their game. The LS500h delivers beyond passion in ways that are wholly uncompromising so that the daily commute is transformed to an experience of epically luxurious proportions,” said PB Venugopal, President, Lexus India. Lexus launched in Indian market in March last year and now the company is looking at locally assembling the vehicles here.

So the new Lexus LS 500h exudes comfort and luxury. With greater efficiency and performance guaranteed, the car could be a tough competition to the Mercedes-Benz and Audi which are planning to launch their updated flagship sedans in 2018.