Aashiqui Actress Anu Aggarwal: 'Unless Rape, the Girl Has to Say Yes for a Guy to Do Anything' 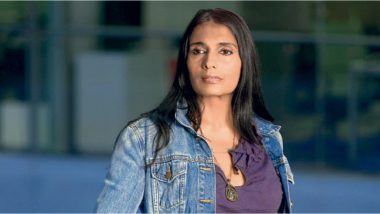 Anu Aggarwal is best known for her role in the romantic film, Aashiqui. She disappeared from the limelight soon enough. But the magic of Aashiqui was such that people still talk about her. No wonder she is in talks with Netflix for a project about her life. In a recent interview with Pinkvilla, the actress opened up about her brush with a film director who seemed like a potential sexual offender to her. While admitting she never experienced casting couch, she said, "But yes one director, a top one, had come to my house citing he has a role for me. He came to my house and took out the whiskey bottle," Sona Mohapatra Slams Sonu Nigam For Defending #MeToo Accused Anu Malik and Claiming to Be in Possession of Marina Kuwar's Video.

She elaborated, "It was in the afternoon hour but mere dimag ki batti jal gayi. How can someone come to the house with a bag of whiskey to tell the story, so I made some reason and had to politely ask him to leave. I told him off. That is what I am trying to say, women always have the choice.”

Anu further talked about how girls in the industry talk to her about how men are hitting on them and "the whole thing about Bollywood, and the whole Me Too thing". She said that "guys will hit on girls". Nawazuddin Siddiqui Ridicules #MeToo Movement: 'The Ones Who Don't Get Work Carry Out Movements'.

"I have been getting hit on since I was 13 years old. I was not even wearing a bra at that time when guys were hitting on me. I had just started menstruating. I had no idea how to handle all this. I was a kid. But I looked 16 when I was 13.," she said.

"The point is I've seen it since then, and I feel eventually the girl is the boss. Unless a guy rapes you or something, that is a different topic. Otherwise, the girl has to say yes for a guy to do anything to the girl," she concluded.

(The above story first appeared on LatestLY on Jul 05, 2020 05:41 PM IST. For more news and updates on politics, world, sports, entertainment and lifestyle, log on to our website latestly.com).