Anushka Sharma to Get Into the Shoes of Former Indian Women’s Cricket Team Captain Jhulan Goswami in Her Next? (View Leaked Pic) 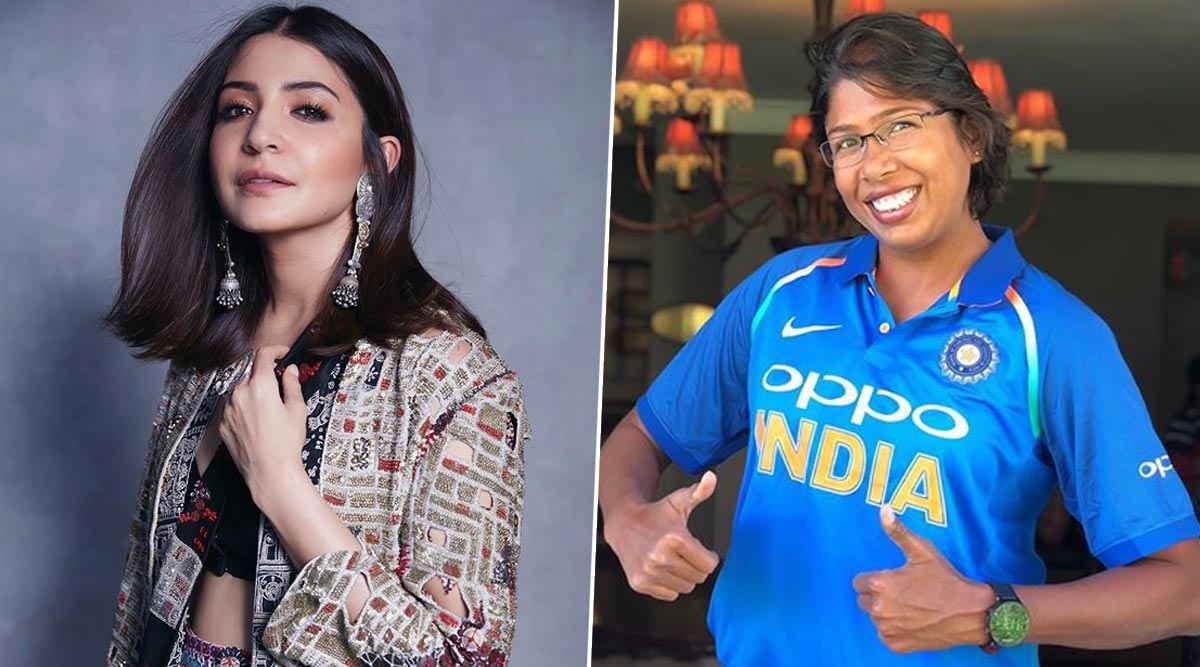 Fans of Bollywood actress, Anushka Sharma are eagerly waiting for the big day when the babe will officially announce her next project. As it's been almost a year the Sultan actress has not yet revealed what's next for her? Sharma was last seen on the silverscreen in 2018 released Zero. Well, now call it rejoicing news of sorts for Anushka fans as we've come across an update about the beauty's upcoming film. Reportedly, Anushka is all set to get into the skin of former Indian women’s cricket team captain Jhulan Goswami. Yup, you heard that right! Anushka Sharma Takes ‘Gold Earring’ to Another Level for Vogue Women of the Year 2019 Awards (View Pics).

As per a report in XtraTime, the actress will play the role of an all-round cricketer, Jhulan Goswami in her next. Further, the report elaborates that Goswami's life is soon to turn into a film (biopic) and it's Sharma who is considered for the same. Not just this, the report also adds that Sharma is in full force and is getting trained by Indian cricketer Jemimah Rodrigues’ father, Ivan Rodrigues, and Indian cricket coach Prashant Shetty for the role. Virat Kohli And Anushka Sharma Soar Temperatures At An Undisclosed Beach And We Can't Keep Calm!

Here's The Leaked Picture Of Sharma Below:

Can things get better!! 😭❤#AnushkaSharma to be seen next in Jhulan Goswami's biopic 🙌🙌 pic.twitter.com/knwFcITXk2

Earlier rumours were that Sharma is taking a break from films and is planning to go the family way. However, the actress rubbished the speculations in her interview with Filmfare and said, "If you’re married then people ask, “Is she pregnant?” They love to read into something when there really isn’t anything.It’s so hard for people to believe that someone would like to take time off to be rejuvenated. You shouldn’t deny yourself that because it’s important to be able to think fresh. Then you can take the right decisions. You need to have a balanced mind to take the right calls in life. I’ve been reading scripts. I’m dying to sign a great script and get back on the set. That’s what I love doing the most. I want to feel creatively charged.”

Coming to the gossip around her next film, it will be interesting to see Anushka Sharma playing a cricketer on the celluloid, just like hubby Virat Kohli. Stay tuned to LatestLY for all the updates from the world of showbiz.