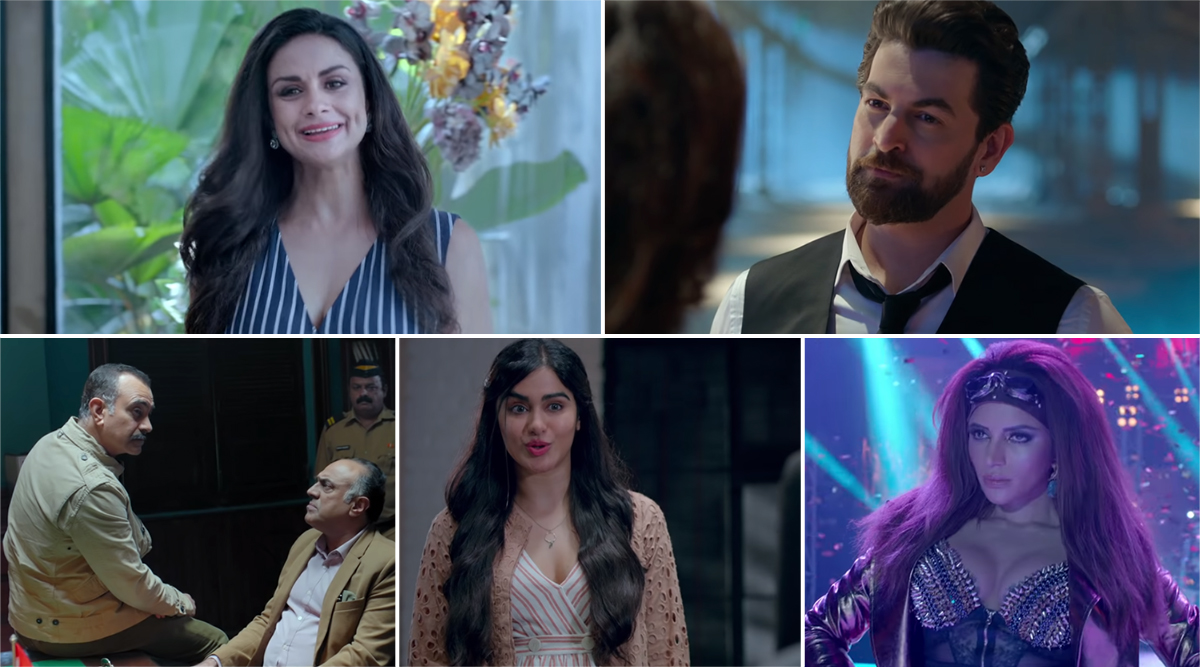 Neil Nitin Mukesh is here with an intense thriller drama namely, Bypass Road. Written by himself and directed by his brother Naman, the film has an ensemble cast. That includes, actors like Neil Nitin Mukesh, Adah Sharma, Sudhanshu Pandey, Rajit Kapur and Gul Panag in lead roles. The makers dropped the trailer of the flick and we must say that it is confusing yet manages to keep one hooked till the end. Four Cats Attack a Cobra Snake! Viral Video Shared by Neil Nitin Mukesh Leaves The Internet Shocked.

In the trailer, Neil is seen going through a series of bizarre incidents. He faces some incidents where he realizes that someone is trying to kill him. In the meantime, there is another murder witnessed in the trailer. The characters played by Adah, Gul and Rajit seem to support him but then we can't really predict who is on whose side when it comes to thrillers.

The background music and the camera angles have been well-taken care of. To be honest, not much can be derived from this trailer about the plot. However, the murders and the wheel-chair ridden Neil's character add mystery to the film.

The flick was shot in Alibaug and Lonavla, using some of the best locations from the spots. It will hit the theatres on November 1. The last time fans saw Neil was in Prabhas-Shraddha Kapoor starrer Saaho as an antagonist. Now, it will be interesting to see how this film turns out to be. How did you like the trailer?