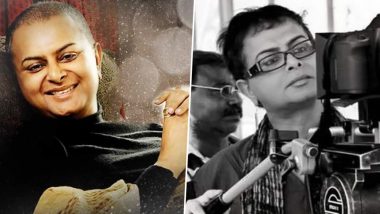 Actress Celina Jaitly, who recently worked in the short film "Seasons Greetings: A Tribute To Rituparno Ghosh" remembered the 19-time National Award-winning filmmaker Ghosh on his seventh death anniversary on Saturday. "Ritu da definitely blessed me and (the short film's director) Ram Kamal (Mukherjee) to make this film. He wanted to cast me in a movie. But I became pregnant, and he mentioned that he was willing to wait. Celina Jaitly Reveals the Reason Why She Missed Out on Working with Rituparno Ghosh.

Unfortunately, he passed away a few weeks later. His words resonated when Ram Kamal offered me the character of Romita. It was divine intervention," said Celina. The 47-minute film addresses the issue of social acceptance of relationships, and also features Shree Ghatak, Lillette Dubey, Azhar Khan among others. The Bengali filmmaker Rituparno was known for films like "Unishe April", "Shubho Mahurat", "Abohomaan" among many acclaimed efforts. Amitabh Bachchan to Unveil First Look of Tribute Film on Rituparno Ghosh at His Birth Anniversary

Seasons Greetings: A Tribute To Rituparno Ghosh Streaming on ZEE5

Awww thank you @yuvraajparashar you look like you were made to do #SajiniSajini with me ... THANK YOU so much 😊

About the short film, Celina said: " "We were scheduled for many prestigious festivals this year but most of them got cancelled for corona pandemic. I hope we can start the process again as the world heals and we slowly get on with our lives."

(The above story first appeared on LatestLY on May 30, 2020 08:58 PM IST. For more news and updates on politics, world, sports, entertainment and lifestyle, log on to our website latestly.com).