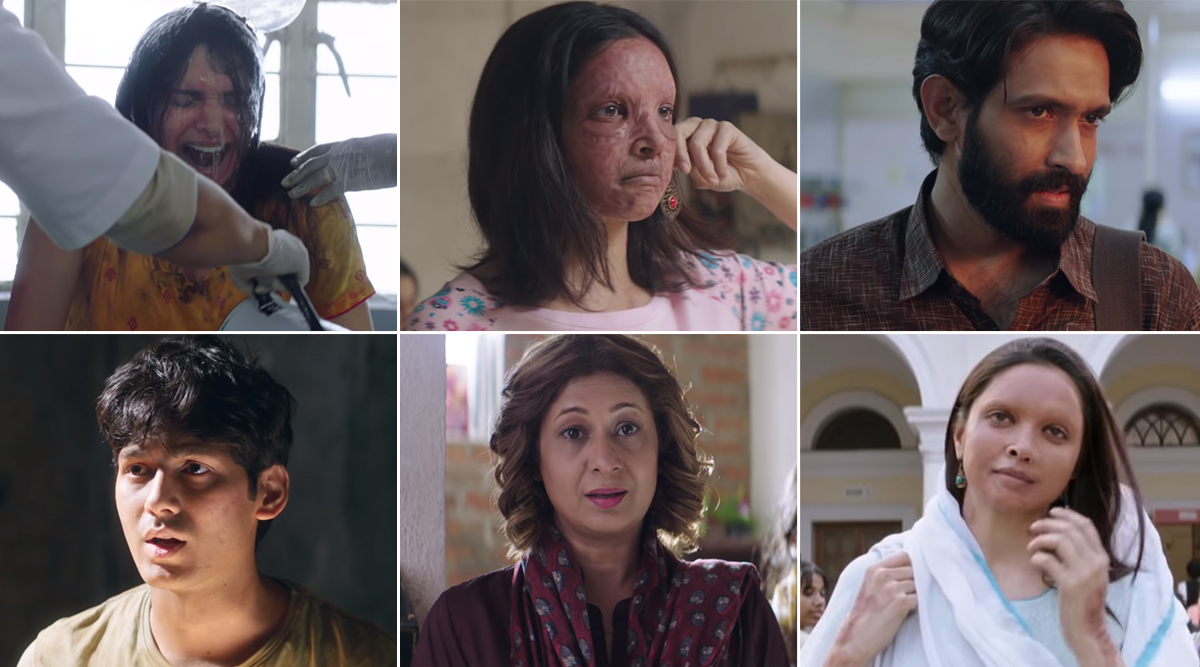 One of the most awaited trailers of the year finally released and it was such worth-a-wait! Deepika Padukone-Vikrant Massey starrer Chhapaak's trailer just dropped on the internet. Just like any other Meghna Gulzar movie, this one too promises an intense journey. The director is known for her amazing storytelling through the silver screen and a topic like this one truly deserved to go in hands of filmmakers like her! In this movie, Deepika plays the character of 'Malti', an acid attack survivor. Deepika Padukone Donning a School Uniform for Chhapaak Shoot in This Leaked Video is Too Cute to Miss.

In the trailer, we see, what a grueling and lengthy battle it has been for Malti to get justice. A good chunk of the trailer unfolds in the courtroom. The story is not just about an injured face. But the trailer also talks about how Malti was slut shamed by the very people who should have supported her. The movie won't just focus on how Deepika's character comes to terms with her conditions, but it is equally, if not more about the how she changes the world.

Deepika has given her heart and soul to playing this role, and it is evident from a few strong scenes in the trailer. This trailer might move you to tears, or at least leave a lump in your throat. A movie that has the potential to change the society. Deepika Padukone Completes Shooting For Meghna Gulzar's Chhapaak, Calls It Her 'Most Precious Film'.

Watch The Trailer For Chhapaak Here:

The story is based on the real-life acid attack survivor Laxmi Aggarwal. The actress spent time with her and understood every aspect to bring the right emotions to the display. In fact, if you remember, the first look of Deepika as Malti was a huge, huge pleasant surprise for her fans. As it was a really long time since all saw DP on the screen, the wait seemed totally worth it.

On the other hand, it is a big step ahead for the Death in the Gunj actor, Vikrant too. Last seen in Broken And Beautiful 2 series, he surely has a lot to explore in the Bollywood space too. His short but sweet performance in mainstream films like Lootera and Dil Dhadakne Do too was lauded by the fans. Now, it has to be seen how the film strikes a chord with the audience. And by the looks of the trailer, it is surely going to leave the audience teary-eyed at some point of time! How did you like it? Do let us in the comments section below.