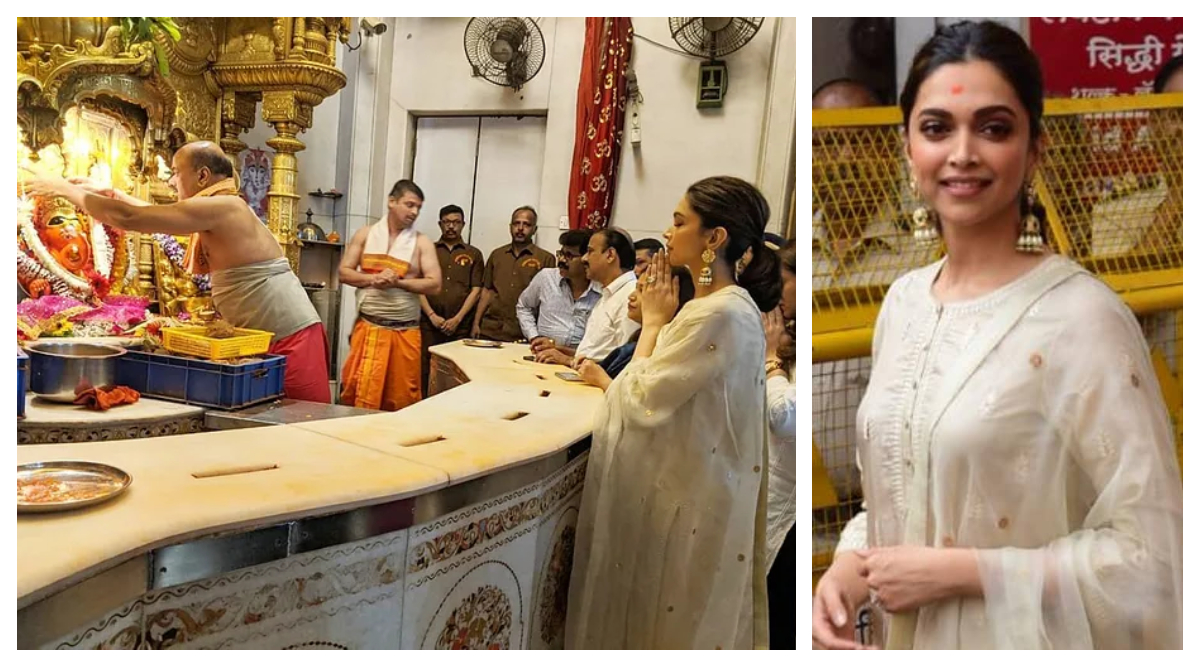 It is a big day for Deepika Padukone today. Her film, Chhapaak, is opening in theaters today. With the movie, she not only is back on the screen after a gap of two years, but is also turning producer. The movie has already courted controversy, like pretty much every project coming out of Bollywood these days. But that is a topic for a different time. For now, we need to tell you that Deepika was spotted at Siddhivinayak Temple in Mumbai, seeking blessings. This is not the first time, she has been spotted at the temple. She also made headlines when she went there with husband Ranveer Singh, right after their wedding in Italy.

Deepika picked an elegant, ivory salwar kameez for her first outing of the day. The sheer dupatta, looks Chanderi, added more style to her OOTD. We are totally loving it.

Chhapaak has generated a good buzz and should open with decent numbers at the box office. In the film, directed by Meghna Gulzar, Deepika plays the role of an acid attack survivor, based on Lakshmi Agarwal. Chhapaak Movie Review: Deepika Padukone’s Lilting Act and Laxmi Agarwal’s Brave Story Deserve a Stronger Film.

Our in-house film critic Sreeju Sudhakaran praised Deepika for her acting in the film. He wrote in his review, "Deepika Padukone pitches in a strong performance that helps us in easily empathising with her character," adding, "There are occasions where the star in her almost threatens to surface, but thankfully, Deepika keeps it simple and strong."