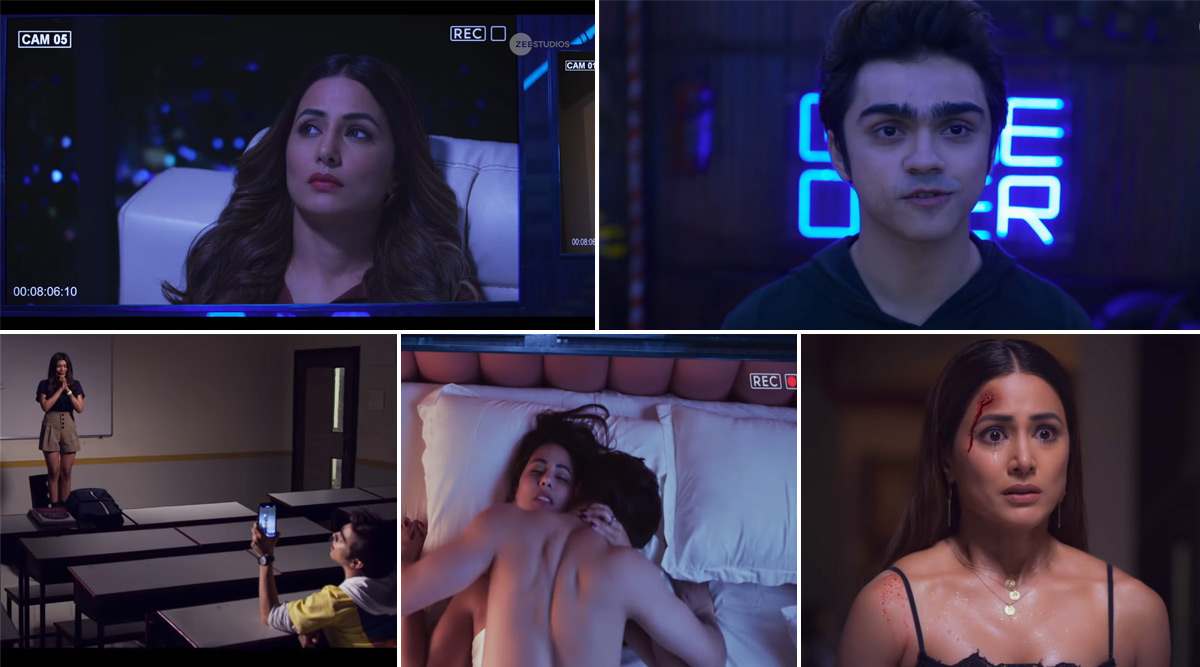 A few days back, actress Hina Khan who will soon be seen on the big screen alongside actors Mohit Malhotra, Sid Makkar and Rohan Shah in Vikram Bhatt's Hacked, shared a motion poster of her movie with its revised release date. Earlier supposed to release on January 31, 2020, the movie has now been shifted to February 7, 2020, and will clash with Vidhu Vinod Chopra's Shikara and the Disha Patani - Aditya Roy Kapur starrer Malang. Hacked is the story of how one-sided love turns into a full-blown obsession and revenge drama where everything is at stake - on social media. Hina Khan Announces Vikram Bhatt's Hacked Release Date Along With A Hot Motion Poster (View Pic).

The trailer for the film released on January 20, 2020 and traces the journey of the film's protagonist Samira Khanna aka Sam (Hina Khan) and how a 19-year-old boy's obsession with her, backfires on the lady big time.

It also traces the story of how Vivek's (Rohan Shah) love and subsequent rejection from Sam, push him over the edge and his feelings turn into obsession and then intense hate. This Actor Is All Set To Star Opposite Hina Khan In Vikram Bhatt's Hacked.

While there is no doubt that Hina Khan can act the lady particularly nails her portrayal of Samira Khanna, the fashionista, a workaholic woman, a woman tormented and pushed into a corner and also effortlessly pulls off a bikini scene and two make-out scenes in the trailer. Rohan Shah, on the other hand, plays the 19-year-old stalker obsessed with an older woman, who also torments other girls of his age and blackmails them, to T. All in all, the trailer has only risen the expectations that fans have had from the film.