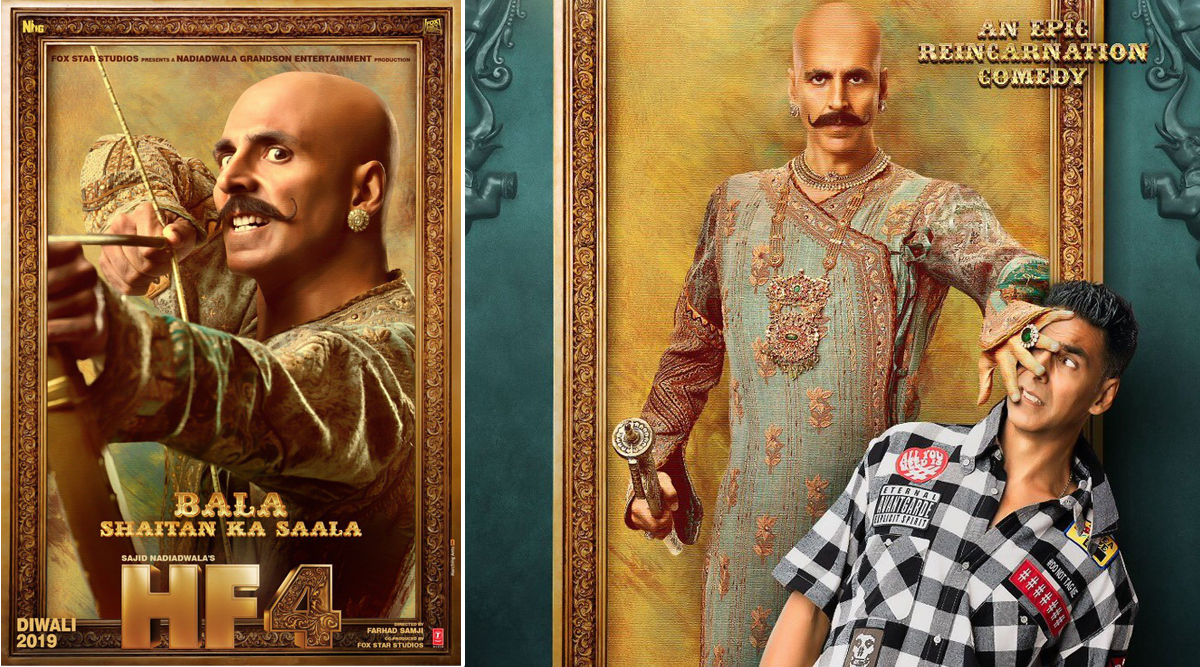 Akshay Kumar will be next seen in the comedy, Housefull 4. He has been a part of the franchise since the first film. This time around, the movie will tell a story about reincarnation. The first trailer of the film will drop on September 27. Before that the character posters for the ensemble cast are being released on the internet, starting with Akshay. The first poster reveals us the two avatars of the actor in the film. One from the bygone era, where he plays Bala, 'Shaitan ka Sala', and the second one in his present avatar, Harry, who is being haunted by his past. The posters look quirky and definitely set the tone of the film. It's Akshay Kumar vs Rana Daggubati in Housefull 4! Get Set to Watch the Actors in a Jugalbandi.

Now, time to address the elephant in the room. The new posters of the film have very evidently credited Farhad Samji as the director of the film. Farhad only joined the film midway, after Sajid Khan was relieved from directorial duties after several women accused him of inappropriate behaviour during the #MeToo wave in 2018. Actor Nana Patekar was also removed from the movie after allegations surfaced on him as well.

Check Out The New Poster of Housefull 4 Here:

In the coming few hours, we will see posters of the rest of the cast members including Kriti Sanon, Kriti Kharbanda, Bobby Deol, Ritiesh Deshmukh. We are looking forward to it all. Housefull 4: Nawazuddin Siddiqui to Essay the Role of an Exorcist in Akshay Kumar Starrer?

This won't be the first time Bollywood has made a film on reincarnation. Recently, there was Sushant Singht Rajput and Kriti Sanon starrer Raabta. We have also seen Shah Rukh Khan be reincarnated in Om Shanti Om. And, of course, how can we forget Rishi Kapoor's Karz. But not many of these movies have proved to be successful. Let us see how Housefull 4 turns out to be.