Salman Khan's Da-Banng Tour has been a rage all this while. 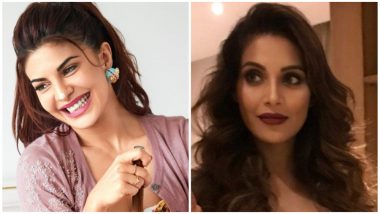 Salman Khan's Da-Banng Tour has been a rage all this while. Apart from touring to different countries, The Da-Banng tour was held in Pune too and regardless to say, was a massive hit! Now, according to reports online, the actor has decided to go to the US for the tour. Not just that, his Race 3 co-star Jacqueline Fernandez will be joining him too. The actress has replaced Bipasha Basu, who was earlier a part of the tour. According to reports, the latter has been dealing with ill health and has been admitted to Hinduja Hospital and therefore has been adviced bed rest.

Sallu and his Da-Banng team which includes Katrina Kaif, Sonakshi Sinha, Daisy Shah along with Prabhu Dheva, Maniesh Paul and Guru Randhawa have performed ins everal countries and now Bhai is back with Da-Bangg The Tour-Reloaded. The actor they will head to America and Canada for the same. According to a report in DNA, the team will participate in nine shows between June 22 to July 8 in Atlanta, Chicago, Los Angeles, Dallas, San Jose, Vancouver, Washington DC, New Jersey and Toronto.

In other news, Salman's last film Tiger Zinda Hai was a huge hit at the box office. His next movie, Race 3 is releasing this Eid on June 15. If the trailer is anything to go by, the film will easily mint Rs 100 crore at the ticket windows.

(The above story first appeared on LatestLY on Jun 03, 2018 09:54 AM IST. For more news and updates on politics, world, sports, entertainment and lifestyle, log on to our website latestly.com).