Jhund Teaser: Amitabh Bachchan Gives a Glimpse of His ‘Team’ and They Look Fearless (Watch Video) 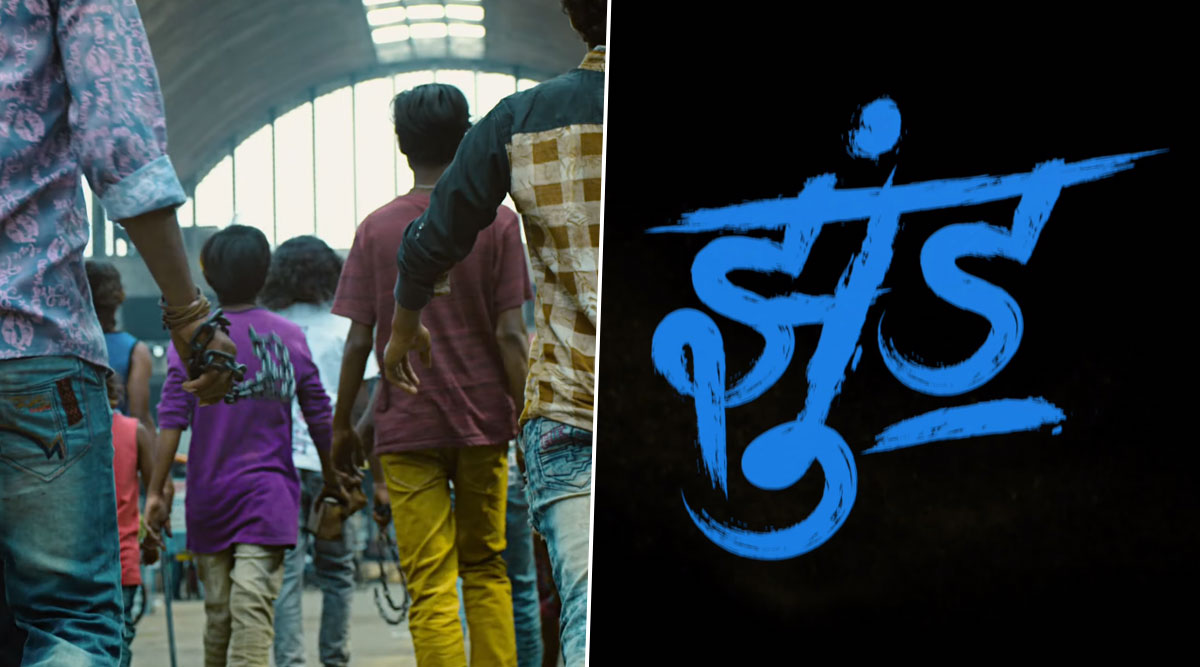 After sharing the intriguing first look poster of Jhund, the makers have now released the teaser of this upcoming sports drama. While must have assumed that the makers would reveal Amitabh Bachchan’s look in this teaser, sorry. The makers of Jhund have something else in store for you and it is something you must have not expected at all. Amitabh Bachchan is undoubtedly a part of this teaser, but it is his ‘jhund’ aka ‘team’ who have stolen the limelight. Jhund: Amitabh Bachchan Shares the First Look Poster of His Film With Sairat Director, Teaser to Be Out on January 21.

The opening sequence of the teaser has the sound of a shutter been opened and other metals' sounds. And then you hear Big B’s voice-over in which he says to not call 'them' as ‘jhund’ but as ‘team’. And the teaser opens to a bunch of young children, facing their back to the camera, walking with metal chains, rods, bricks, cricket bat and many other things in their hands. The way they are passing by a lane in their rugged avatars, these kids seem to be fearless. Although we cannot see their face, their body language speak volumes. Also, the impressive background music composed by Ajay-Atul, the meaningful lyrics, describe a lot about this ‘Sheron Ka Jhund’. Amitabh Bachchan, Nagraj Manjule Shoot For 'Jhund' at Mumbai Airport (View Pics).

Watch The Teaser Of Jhund Below:

Jhund is helmed by Sairat director Nagraj Popatrao Manjule, and it marks his directorial debut in Hindi cinema. This is the first time he has collaborated with the veteran actor, Amitabh Bachchan. Jhund is based on the life of Vijay Barse, the founder of NGO Slum Soccer and Big B would be seen playing the role of a coach who encourages the street kids to form a football team. This sports drama also features Akash Thosar and Rinku Rajguru. This upcoming movie, produced under the banners of T-Series, Tandav Film Entertainment and Aatpat, is all set to be released on May 8, 2020.