The abetment charge of suicide under Section 306 of the IPC has the maximum punishment of 10 years. 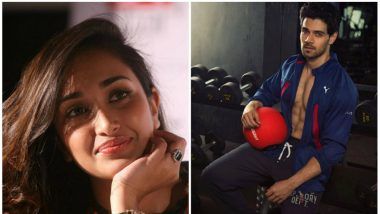 Bollywood is a goofy place if you look at it! The suicide case of late actress Jiah Khan is one of those incidents that proves why they call it a ‘big bad Bollywood’ world. After her death in 2013, boyfriend and actor Sooraj Pancholi has now been charged with 'abetment to suicide' by sessions court in Mumbai. The Hero actor however, pleaded ‘not guilty’ upon these charges. Pancholi’s lawyer, Prashant Patil said, “Sooraj pleaded innocence and the examination of witnesses will start from February 14, “as reported in TOI.

This charge of abetment of suicide can prove fatal for the filmy career of the 27- year- old actor as the charge under Section 306 of the IPC has the maximum punishment of 10 years. In June 2013, the Nishabd actress was found hanging in her apartment in Juhu. She had reportedly returned from a 2- day stay at Sooraj Pancholi’s place and a massive fight with him just before hanging herself.

Jiah also wrote a three page letter that read, “I was scared of getting pregnant but I gave you myself completely. The pain you have caused me every day has destroyed every bit of me. Destroyed my soul and I aborted our baby when it hurt me deeply," without mentioning the actor’s name. Even though there was no presence of the Sooraj’s name, the matter in the note was reportedly hinting Jiah’s relationship with him.

As per the reports in the daily, Jiah’s mother, Rabia was quoted saying, “ At last today the court has gone ahead with framing of charges, at last the journey to reveal the truth has begun... I would have been happier if more serious charges had been framed after investigating the scientific evidence... for this purpose, I will go to the high court. I'm sure the truth will come out, that my daughter was murdered."

Jiah Khan was known for her roles in Aamir Khan starrer Ghajini and Akshay Kumar starrer Housefull. She also received appreciation for her performance in Amitabh Bachchan starrer ‘Nishabd’.

(The above story first appeared on LatestLY on Jan 31, 2018 10:34 AM IST. For more news and updates on politics, world, sports, entertainment and lifestyle, log on to our website latestly.com).