Kangana Ranaut in Legal Trouble? Multiple Pleas Filed Against Actress Amid Her Tweets on Farmers and Other Issues

The OG Queen of Bollywood, Kangana Ranaut has always snatched the limelight for good or bad reasons. Recently, she is in the news for her insensitive tweet over the farmers' protest. And so, here is the list of legal troubles the actress is currently embroiled in. Read on. 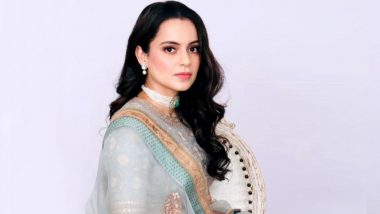 The OG Queen of Bollywood, Kangana Ranaut has always snatched the limelight for good or bad reasons. Be it making noise for voicing her opinion on Twitter, talking about nepotism to posting something without verifying her facts, the actress does not mind until and unless she is churning news. One of the latest incidents saw Kangana misunderstanding a woman at the farmers' protest as Bilkis Bano of Shaheen Bhag and writing how she is available for the protests at Rs 100. Later, Ranaut deleted the tweet, but the harm was already done. For this, she has been slapped by legal notices. Diljit Dosanjh’s Twitter War With Kangana Ranaut Over Farmers’ Protests Inspires Netizens to Come Up With Funny Memes and Jokes (View Tweets).

However, she is Kangana and has never shied away from speaking her mind. Controversies and Ranaut go hand-in-hand and so here we list down the multiple pleas that are filed against the B-town actress amid the farmers' protests and other issues. Infact, Kangana even took a dig at herself about why are all going the legal way against her. Diljit Dosanjh Vs Kangana Ranaut Leads To Twitterati Uniting For Translations Of Udta Punjab Actor's Savage Punjabi Tweets.

Film mafia filed many cases on me, last night Javed Akhtar filed one more, Maharashtra government filing one case every hour now congress in Punjab is also joined the gang.... 😁

On Friday, Shiromani Akali Dal leader Manjinder Singh Sirsa said that they've sent a legal notice to Kangana Ranaut after she passed insensitive remarks at an elderly lady who was seen at the forefront of the farmers' protestors. They've demanded an apology.

Up next, we have a petition that is filed against Kangana Ranaut in the Bombay High Court for spreading hatred on the micro-blogging site with her comments. The written plea was filed on December 3, 2020. Earlier in October, Ali Kaashif Khan Deshmukh, a Mumbai-based lawyer had filed a similar petition.

BREAKING: Plea filed against Kangana Ranaut in Bombay HC for getting her twitter account @KanganaTeam suspended for "spreading continuous hatred, disharmony in the country and attempting to divide the country with her extremist tweets."@TwitterIndia @OfficeofUT #BombayHC pic.twitter.com/Z01JTcNtrL

Sikh Gurudwara Prabandhak Committee has given a notice to actress Kangana Ranaut for tagging a Punjab farmer to Bilkis daadi of Shaheen Bagh protest. The notice asked the actress to apologise or there will be severe repercussions. So, these are some of the latest legal troubles in which actress Kangana Ranaut has been embroiled in. Stay tuned!

(The above story first appeared on LatestLY on Dec 04, 2020 01:31 PM IST. For more news and updates on politics, world, sports, entertainment and lifestyle, log on to our website latestly.com).