Manav Kaul Birthday Special: Did You Know The Tumhari Sulu Actor Gave Up Acting In 2003?

Manav Kaul is one of the brilliant actors of Indian Cinema. Be it the shrewd politician in Kai Po Che! or the loving husband in Tumhari Sulu, Kaul has wowed us. On his birthday today, let us tell you why he wanted to quit acting back in 2003. 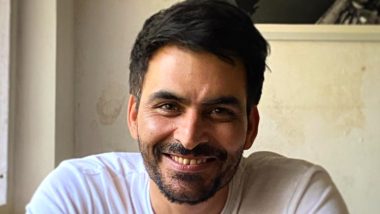 Manav Kaul, the rigid and flawed right-wing politician from Kai Po Che! is the first thing that comes to our mind when we hear that name. He nailed that character so well. A serene and stoic face with a lovely smile but terrible intentions lurk behind that smile. He played the character extremely well and since then, he became the man we look out for in movies. As they say, one breakthrough role and you have arrived. Also, we are supremely glad Kai Po Che! happened because if not, Kaul may have quit movies completely. Nail Polish Trailer: Arjun Rampal and Manav Kaul’s Courtroom Drama Is Intense and Twisted (Watch Video)

Kaul came to Mumbai with little money to test his fortunes in acting. He did a junior artist's role in Sunny Deol's Champion, a principal character in Jajantaram Mamantaram, a TV Show Banegi Apni Baat. But he was losing interest. Speaking to Rediff, Kaul had said, "I did a serial, Banegi Apni Baat, which also starred Irrfan Khan. I would get small roles and my interest in acting was fading. I gave up acting in 2003. I started writing poems and plays. My plays -- Shakkar Ke Paanch Daane, Peele Scooter Wala Aadmi, Mamtaz Bhai Patang Waale -- were often staged in Prithvi Theatre, through my drama group, Arannya, which I started in 2004."

Although he did a few roles here and there, things started churning when he got a call from Mukesh Chhabra. "I was asked to meet Gattu (Abhishek Kapoor, director). He rejected me, saying I had a very sweet smile and that the role was tough. Mukesh insisted that we do an audition and then decide. By the time I did an audition and emailed the video to them, the shooting had already started. Gattu saw the audition and I was called for the shoot."

Like we said before, we are super glad that Manav Kaul regained his interest in acting, or we would have missed out on a talented actor.

(The above story first appeared on LatestLY on Dec 19, 2020 08:40 AM IST. For more news and updates on politics, world, sports, entertainment and lifestyle, log on to our website latestly.com).