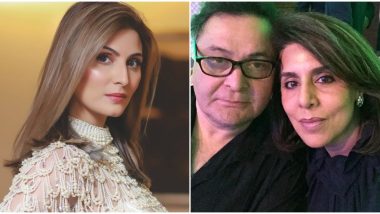 Veteran actor, Rishi Kapoor breathed his last on April 30, 2020, but his work and personality will stay in the minds of his fans and family forever. The Chandni star ended his two years-long battle with cancer in a Mumbai hospital at the age of 67. Post Rishi's demise, Riddhima Kapoor Sahni has been on this throwback spree sharing 'old is gold' pics of her paa on social media. And well Thursday, was no different, as the girl once again updated fans with what she's upto with her mom Neetu Kapoor. But here too, she did not miss remembering her late father. Riddhima Kapoor Sahni Posts Dad Rishi Kapoor's Smiling Photo in His Memory, Says ‘Legends Live Forever’.

Riddhima took to the Instagram story and shared a photo which saw her playing the game of words, scrabble with her maa. However, the interesting takeaway here was that Riddhima was defeated by Neetu not once but twice. Sahni credited Rishi Kapoor for Neetu's win as she wrote, 'Dad trained mom well!! She beat me twice already.' Aww!! This proves that Riddhima indeed has a very close bond with Rishi ji and every minute remembers him.  'End of our story': Neetu Kapoor’s Bittersweet Post on Rishi Kapoor’s Demise Is Heartbreaking (View Pic). 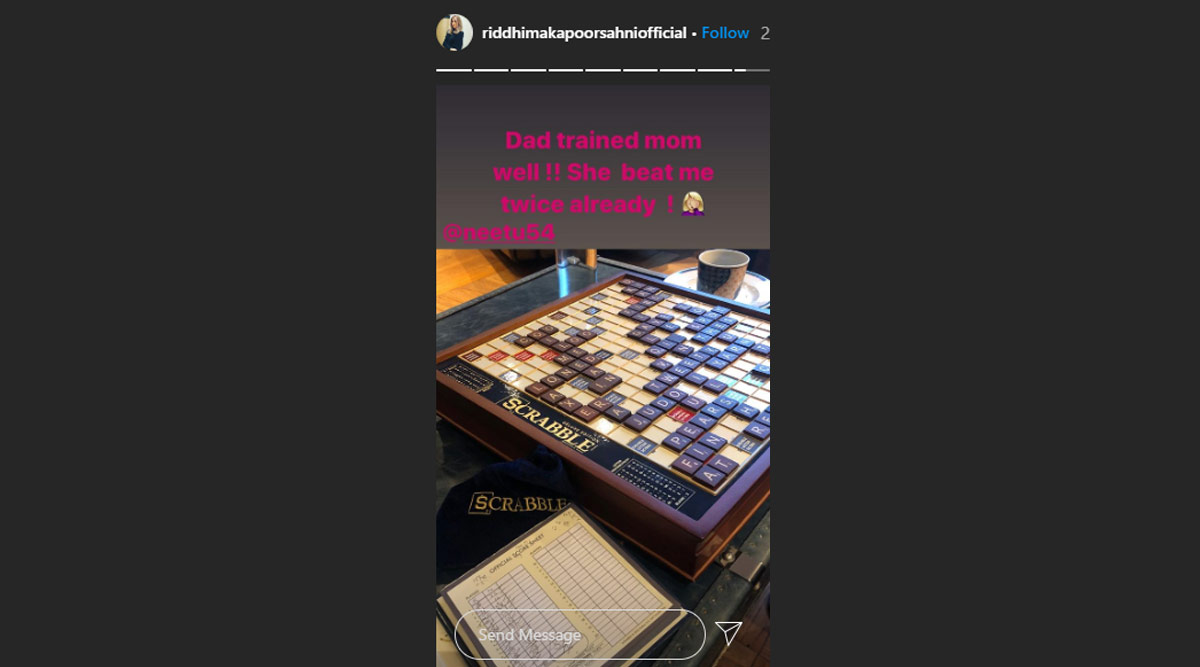 The Instagram story sees a picture of the scrabble board where a notebook is placed beside it which has the scores highlighted on it. Meanwhile, Ranbir Kapoor and Alia Bhatt are quarantining with each other at the latter's residence in Juhu. Coming back to Riddhima, hope you never beat your mom in the scrabble game and always recollect what an awesome trainer was your father. Stay tuned!

(The above story first appeared on LatestLY on May 28, 2020 10:28 PM IST. For more news and updates on politics, world, sports, entertainment and lifestyle, log on to our website latestly.com).