Saif Ali Khan is right now on a spree of promoting Jawaani Jaaneman. His interviews are everything classy and witty. The actor has a handful of films with him that are extremely fun! 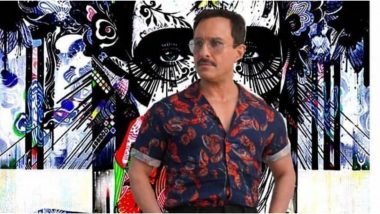 Saif Ali Khan is right now on a spree of promoting Jawaani Jaaneman. His interviews are everything classy and witty. The actor has a handful of films with him that are extremely fun! In the recent interview with Mumbai Mirror, he finally revealed what all films are he busy with and the list is honestly damn interesting. Who thought the actor would be secretly signing all these much-awaited projects without much spotlight on it? Saif Ali Khan Gets Company During Jawaani Jaaneman Promotions And It's Taimur (View Pics).

In the chat with the tabloid, he said, "The films that I’m doing are Bunty Aur Babli 2, the film you just mentioned titled Lafdebaaz with Farhan (Akhtar) and Ritesh (Sidhwani), the Vikram Vedha remake and Bhoot Police. My role in Lafdebaaz is of a dysfunctional, wild, slightly crazy father, which makes it quite interesting."

There you know it all now! However, the fans are also keen on knowing more about his role in Go Goa Gone 2. However, he himself is unsure about it. He revealed, "It will depend on whether I like the role I’m offered or if I’m even offered a role."

Apart from these films, he is also reuniting with Rani Mukerji Bunty Aur Babli 2. A seemingly happy star said, "Just doing a comedy like this is a blast. And it’s a relief to be working with a producer who takes care of everything, so I only have to focus on acting. Since it’s a different cast, this Bunty Aur Babli doesn’t have anything to do with the original. The role is age-appropriate, and the bonus is that since my co-star Rani (Mukerji) also has a small child, the working hours are very civilised. I’m in heaven!" Well, we are definitely happy with Saif's slate of work.

(The above story first appeared on LatestLY on Jan 28, 2020 09:30 AM IST. For more news and updates on politics, world, sports, entertainment and lifestyle, log on to our website latestly.com).