Another hit franchise taken over by bhai! 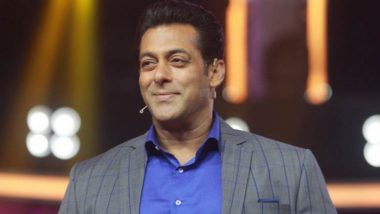 Salman Khan is on a spree of signing the franchises it seems! The Chulbul Pandey of Bollywood is now all set to enter another hit zone by signing the fourth installment of YRF's Dhoom. So, just like how Sallu graced the hit Race franchise's third installment, here he is to be the part of Dhoom world, reports pinkvilla.com. Bollywood's bhai is known for making a film grander than it is planned to be on the first hand. However, him joining the Dhoom franchise makes us wonder whether it will change the norm of the franchise.

A source told the entertainment portal, "Apparently he locked YRF’s Dhoom 4 directed by Vijay Krishna Acharya last week and is contemplating two more projects. One is a biopic – based on the life of an army officer and his heroic deeds which is being made by a top A-class director, whose known to make strong content-oriented movies."

The  source also claimed that after getting lukewarm response for Race 3 by the audience and the masses, Salman is all the more cautious about the choice of the scripts. He still wants to feature in mass entertainers and hence is being part of the selective scripts.

The source added, "A flawed script and weak content let it down. Post Race 3, while Salman still wants to do commercial entertainers, he wants the scripts to have strong story content with powerful characters. Bharat (produced by his brother-in-law Atul Agnihotri) will definitely happen as he and Ali have given blockbusters including their last Tiger Zinda Hai but it seems he is keen to do other films now, apart from Dabangg 3 and Sohail Khan’s Sher Khan." Well, we hope that Dhoom 4 still continues to carry the legacy that it has instead of becoming just another bhai film.

(The above story first appeared on LatestLY on Jun 28, 2018 10:51 AM IST. For more news and updates on politics, world, sports, entertainment and lifestyle, log on to our website latestly.com).