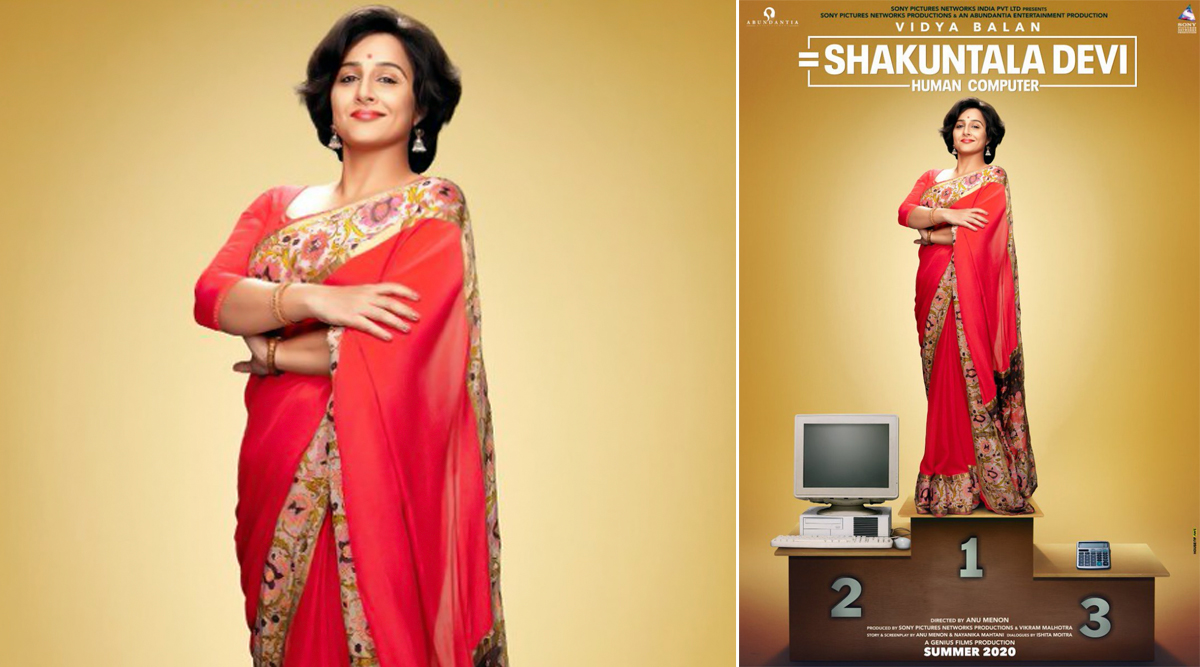 Vidya Balan is one of the best actresses that the film industry is blessed with. She has worked in films such as Parineeta, Paa, The Dirty Picture, Kahaani, Misson Mangal, among others. She is now all set to play the role of Shakuntala Devi, the math genius. The film written and directed by Anu Menon also features Jisshu Sengupta, Sanya Malhotra and Amit Sadh in supporting roles. While all her fans were eagerly waiting for the announcement on film’s release date, here’s it! And we bet, the way she has announced about the release date will make you rework on your math skills. Shakuntala Devi Biopic: Vidya Balan All Set to Essay the Role of Math Genius.

During school days, there were many who loved the mathematics subject and there were also many who used to find it as one of the most difficult subjects to deal with. But Shakuntala Devi, on whom the film is being made, was known to be a mental calculator, a human computer. She has  penned down numerous texts on mathematics and has also explained the various methods she used to do mental calculations. Well, Vidya Balan has also made us do some mental calculations while announcing the release date of the upcoming biopic. If you cannot believe, watch the video that she has shared. Sanya Malhotra to Share Screen Space With Vidya Balan in Shakuntala Devi Biopic.

How did you find it? So, the biopic Shakuntala Devi is all set to be released on May 8, 2020. It was on May 8, 2019 Vidya Balan had announced that she is going to play the titular role. Produced by Vikram Malhotra, the film is all set to be bankrolled under the banner of Abundantia Entertainment.