The release of Major, a film based on the life of Major Sandeep Unnikrishnan who was martyred during the 26/11 attacks has been announced. Directed by Shashi Kiran Tikka, the film stars Adivi Sesh in the lead role along with Sobhita Dhulipala, Saiee Manjrekar, Prakash Raj and Revathi. 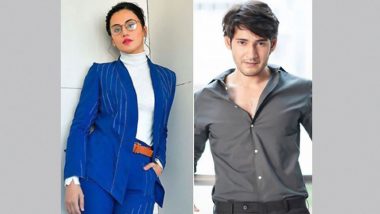 First of the lot will be the famed screenplay writer of Saand Ki Aankh and Mubarakan, who will be making his directorial debut with Tera Kya Hoga Lovely, starring Ileana D'Cruz and Randeep Hooda. The movie will be a rib-tickling comedy that grapples with India's unrelenting obsession with fair skin.Set in the backdrop of Haryana, the film chronicles the story of a dusky girl tamed by prejudices and biases held by the Indian society against dark skin. The film has been written by Balwinder Singh Janjua, Rupinder Chahal and Anil Rodhan. MAJOR: Mahesh Babu Announces Biopic on Martyr Sandeep Unnikrishnan, Adivi Sesh to Play the Lead - Check Out First Poster.

Next would be Looop Lapeta, the official adaptation of the German film Run Lola Run and has been produced by Sony Pictures Films India, Tanuj Garg, Atul Kasbekar, and Aayush Maheshwari. Starring Taapsee Pannu and Tahir Raj Bhasin in the lead, the movie has been directed by ad filmmaker Aakash Bhatia and written by Vinay Chhawal, Ketan Pedgaonkar and Aakash Bhatia. The big-screen underwater thriller 'Dive' would be coming out next from the studio. Written by Renuka Kunzru, the film will put the human spirit on display and celebrate the very tenacity of the human will to survive and overcome, whatever be the odds. Nitin Parmar a well-known ad filmmaker will mark his directorial debut with RMF.

The studio will also release Saale Aashiq, which will mark the directorial debut of writer duo Siddharth -Garima. The topical film will be a "unique take on honour killings and is a romance-drama that is young, raw and thrilling," the studio said in the statement. Among other releases, are films from seasoned directors like Sabbir Khan, whose Nikamma, an action drama, will star Abhimanyu, Shirley Setia and Shilpa Shetty. The film will be produced by Sony Pictures Films India and Sabbir Khan Films. Director Umesh Shukla has come on board to helm Aankh Micholi. Billed as a family entertainer, the film stars Abhimanyu, Mrunal Thakur, Paresh Rawal, Sharman Joshi, Abhishek Banerjee, Vijay Raaz, Divya Dutta, Darshan Jariwala and Grusha Kapoor.

Lastly, the release of Major, a film based on the life of Major Sandeep Unnikrishnan who was martyred during the 26/11 attacks has been announced. Directed by Shashi Kiran Tikka, the film stars Adivi Sesh in the lead role along with Sobhita Dhulipala, Saiee Manjrekar, Prakash Raj and Revathi.The bilingual movie has been shot simultaneously in Telugu and Hindi and will also be released in Malayalam. Despite the massive upheaval in the entertainment industry over the last two years due to the COVID pandemic, the studio is all set to release an aggressive, vibrant, and diverse set of films.