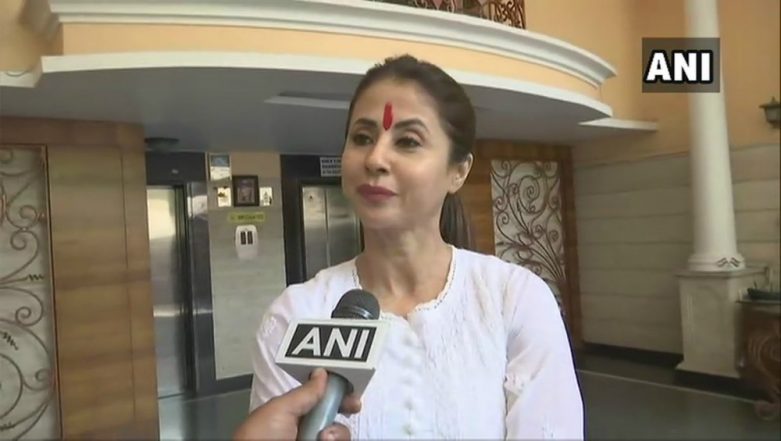 Bollywood beauty Urmila Matondkar has made a major career shift. She is now in politics after announcing her candidacy for the Congress party in April 2019. She was up for a seat from Mumbai (North). This was considered a hard to tackle constituency by Congress and, as per reports, none of the city leaders was keen to contest from here.  Urmila was pitted against BJP’s sitting MP Gopal Shetty, who had won the 2014 elections against Congress’ Sanjay Nirupam by more than 4 lakh votes. And now that the results are out, this is a piece of bad news for Urmila. The actress turned politician lost the seat to Gopal, who won with over 70% of votes in his favour.  Urmila received 2,35,764 votes and trailed behind Gopal Shetty who won with 6,88,992 votes.  Catch all the LIVE election updates for General Elections 2019 here.

On the form of EVM 17C from Magathane, the signatures and the machine numbers are different. A complaint has been filed with the Election Commission.

In an interview with Hindustan Times, ahead of the results announcement, Urmila had said, "I am here to do good work and am humbled to get the love and support of many from the constituency. The crowds that you see today are only a part of the huge backing that I have from people,"

Urmila Matondkar worked as a child artist and had worked in several movies, before making her Bollywood debut as a leading actress with Narasimha in 1991. But the actress rose to unparalleled fame only after starring in Ram Gopal Varma's 1995 romantic film, Rangeela. Her performance in the horror film, Bhoot, won her several accolades in 2005. During her election campaign, Urmila, had sung the song 'Lakdi Ki Kathi' for the children who had come out to support her. The song is from the actress' first film, as a child artist, Masoom.

During her Bollywood career, Urmila not only came to be known as a stellar actress but also a terrific dancer. She has featured in hit dance numbers like Chamma Chamma, Aaiye Aa Jaiye, Rangeela Re, Tanha Tanha and Kambakht Ishq. Her reputation as a great dancer is why she was roped in as a judge for dance reality shows like Jhalak Dikhhla Jaa Season 2 and Dance Maharashtra Dance.