Megaplatorms such as NetFlix and Amazon are trying to deconstruct dependency on star status and star system. So is Sasha really walking away with that fat cheque? We dig deep to know the truth. 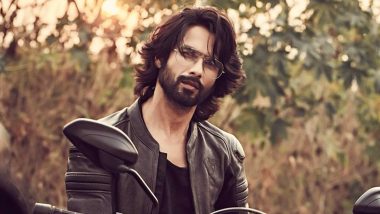 In a matrix that is completely dominated by star and their starry statures, it came as a huge surprise to us when it was reported that Bollywood actor Shahid Kapoor has been allegedly paid Rs 100 crore (yes, let that number ring in your head one more time) for two seasons of the then an undisclosed/unnamed webseries. Now that sum is unheard of! So the news was easily dismissed even by the makers, or from the sources who were close to the makers, stating that this number is beyond belief. Shahid Kapoor Completes 18 Years in Bollywood, Celebrates the Feat With an Important Message for His Fans (View Post)

In this day and age when mega platforms such as Netflix or Amazon is in the quest to deconstruct the whole star systems, it was really absurd to hear that figure for an actor who is not exactly in the league of the Khans or The Kumars of the world. And now again, we start hearing that that Shahid has been paid the aforementioned big fat cheque because he justifies his talent/star status after his last success of Kabir Singh. The said series is titled 'Fake' and its two seasons comprise 18 to 22 episodes.

So we at LatestLY decided to dig deeper in order to gather some semblance of that big fat mathematical equation. And here's what our sources informed us. "Here's the recent on the subject matter. Fake was supposed to be shot in Goa in a completely controlled environment for which a one-month schedule was designed. The unit comprised between 50 to 70 people who operated in a bio bubble. But we could shoot only 4 to 5 episodes and decided to call it a wrap, given the pandemic situation at hand. It's a known fact that every episode of this web series costs 6 to 8 crore of which a major portion goes as a star fee." informed the source who is keeping a close eye on this project. Ishaan Khatter Gets Yelled At By His Mother Neliima Azeem; Shahid Kapoor And Mira Kapoor Have Fun At His Expense (Watch Video)

He continued. " Shahid has charged a proportionate chunk for his role. If one does the math carefully, given the number of episodes for two seasons, the amount runs into crores. But saying that Sasha is walking away with Rs 100 crore for this project alone, sounds silly and absurd. I think there's a huge mix-up of what Shahid has been paid for this project and what he has proposed to pay to come on board as a producer for some other projects that are in the pipeline," concluded our Khabroo.

(The above story first appeared on LatestLY on May 12, 2021 07:02 PM IST. For more news and updates on politics, world, sports, entertainment and lifestyle, log on to our website latestly.com).