AMMA has taken a very inhuman stand against my actress colleague, expressed Nambeesan 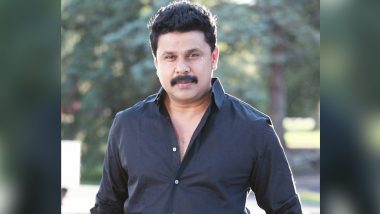 Back to square one: Malayalam actor Dileep returns to AMMA

In what can be aptly termed as a shocking move, Malayalam superstar Dileep has been included in the AMMA (Association of Malayalam Movie Artistes).  Dileep is one of the accused in a case of kidnapping and sexual assault of a popular Malayalam actress. This move has come close on the heels of, in fact, right after a day superstar Mohanlal appointed as the new president of the aforementioned film body. Staging a protest against that decision, re-inclusion of Dileep, actors Rima Kallingal, Remya Nambeesan and Geethu Mohandas among others have quit the AMMA.

What is pertinent to note is that WCC members Parvathy, Manju Warrier and Padmapriya have refrained from quitting AMMA. The agitated actors did not mince words to express their anger and showcased their solidarity with the victim. “It is meaningless to continue in this organisation,” wrote the actor in a statement after announcing her decision to resign from AMMA.

Dileep is an accused in the February 2017 actress kidnapping case which took place in Kochi, that landed him in a Kerala jail for 85 days. The four actors who have resigned from AMMA expressed their anger the official Facebook site of the newly formed Women in Cinema Collective (WCC), led by Dileep's former wife Manju Warrier.

The victim in the kidnapping case noted in the post: "In the past when this star had thwarted to keep me away from films by denying opportunities to me, I did approach the organisation, but no action came up."And now when I have gone through very tough times, the organisation appears to be protective of this person and hence I feel there is no point in being a member of this organisation."

Remya Nambisan also expressed that AMMA as it has taken the most irresponsible decision with regards to the trials and tribulations faced by her co-actress."AMMA has taken a very inhuman stand against my actress colleague and hence I am resigning...," said Nambisan.

"I feel I should have resigned long back because AMMA does not want any member to question their decisions. I cannot stand such acts again...," said Geetu Mohandas, a former executive member of AMMA.

Rima Kallingal in her post said: "I decided to resign for the upcoming generation who will be able to pursue their profession without making any compromises."

-With Inputs From IANS

(The above story first appeared on LatestLY on Jun 27, 2018 03:13 PM IST. For more news and updates on politics, world, sports, entertainment and lifestyle, log on to our website latestly.com).