Fardeen Khan Birthday Special: Five Songs Of The Actor That Are Simply Incredible

Fardeen Khan is celebrating his birthday today. The actor recently shed kilos to get an inspiring physique and is raring to relaunch himself in showbiz. Before that happens, check out these songs which prove Fardeen has a real knack for scoring great tracks 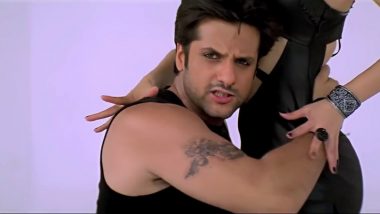 Fardeen Khan has been bestowed with great looks, perhaps because his father was a very handsome man. His movies may not have been as successful but the actor enjoys pretty good followers. When his image went viral where he looked a bit spent and unlike his good-looking days, many people on social stood by him as well and shunned the trollers. The actor has now shed all the extra kilos and is looking to get back to the entertainment world. Fardeen Khan Talks About His Transformation: I Wanted to Reclaim Myself, Not Just How I Look

But one other aspect which had made Fardeen Khan extremely popular in the 90s and early 2000s is his songs. The actor has some very popular tracks under his belt which are still popular. On his birthday today, let's talk about five such songs.

A peppy track with Kareena, the song is very tastefully shot. Fardeen had really good chemistry with Kareena.

Hai re hai re - Khushi

One of the coolest tracks in the 2000s, the song was also very nicely shot with Fardeen and Kareena slipping into different looks.

A romantic track that leaves you with many feelings. Fardeen in love is quite a beautiful sight!

Fardeen keeps it unkempt in this movie and song making it quite likable. Again, being in love is an emotion Fardeen excels in

It's always difficult to match steps with Urmila Matondkar because she is exceptional with dances. Fardeen's rough moves make it quite a powerful combo.

So which is your favourite Fardeen Khan song? We are waiting to know from you!

(The above story first appeared on LatestLY on Mar 08, 2021 08:20 AM IST. For more news and updates on politics, world, sports, entertainment and lifestyle, log on to our website latestly.com).