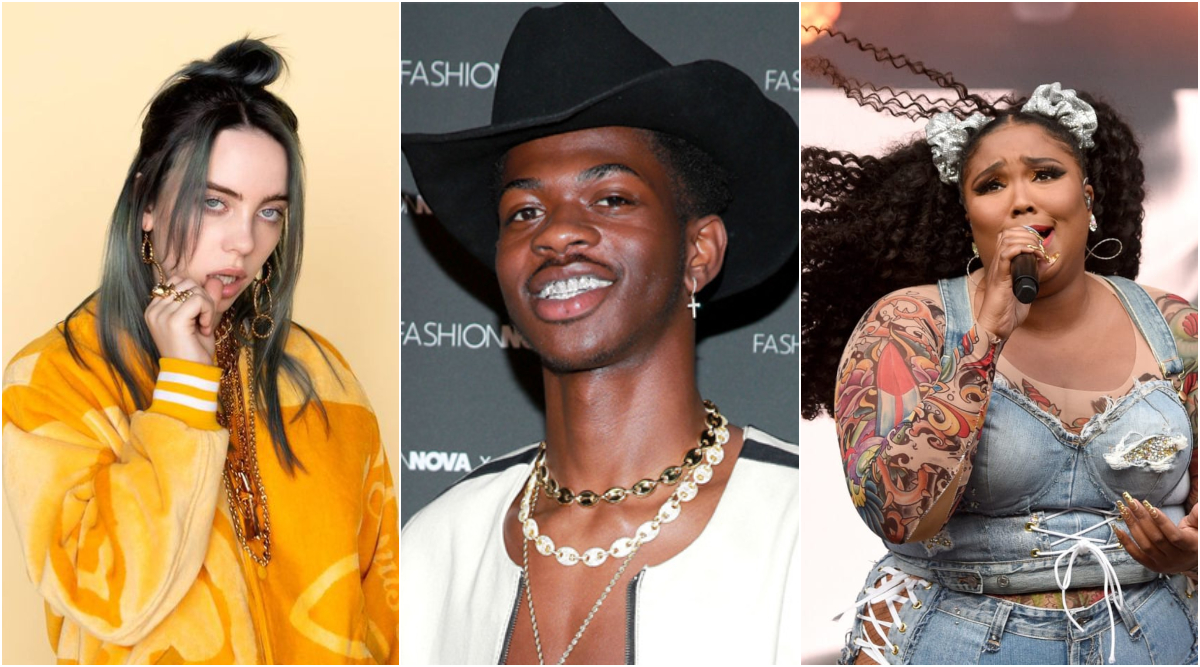 Grammy Awards 2020 are all set to take place in Los Angeles on January 26 and we bet you are more than excited to find out who will take home the coveted musical honours at the 62nd Annual Grammy Awards. This year artists such as Billie Eilish, Lizzo, Lil Nas X are competing in multiple categories and it is going to be a tough choice. Artists across the genres will be competing for the musical honours across 84 categories. The 62nd awards also have a phenomenal lineup when it comes to the performers too. Artists such as Jonas Brothers, BTS, Ariana Grande are all set to take the stage and it's going to be an eventful night.  Grammy 2020 Nominations Full List: Taylor Swift, Billie Eilish, Lady Gaga, Ariana Grande among Others who Bagged a Position in Different Categories.

This year one of the biggest hits has undoubtedly been Lil Nas X and Billy Ray Cyrus'country rap song, "Old Town Road". The No. 1 song on the charts also became the longest-charting No 1 song ever, at 19 consecutive weeks at the top. Another artist who is expected to compete hard with Lil Nas X for the most wins could be Billie Eilish. Of course, it has been unfortunate to once again see Academy's lack of fondness towards hip-hop artists as the likes of Tyler the Creator’s IGOR and DaBaby were missing from Album of the Year and Best New Artist categories.

Yet, it will also be an emotional evening considering the late Nipsey Hussle has three posthumous nominations this year among the categories of best rap song and best rap performance (for “Racks In The Middle” featuring Roddy Rich and Hit-Boy), and best rap/sung performance (for his work on DJ Khaled's “Higher” with John Legend). Well, here are our predictions for Grammys 2020.BTS At Grammys 2020: From Boy With Luv to Mic Drop, 5 Songs That the K-Pop Hotties Should Perform at the 62nd Annual Grammy Awards!

Album of the Year

Lizzo - Cuz I Love You

Billie Eilish - When We All Fall Asleep Where Do We Go

Vampire Weekend - Father of the Bride

Record of the Year

Song of the Year

Lewis Capaldi - Someone You Love

Tank and the Bangas

Taylor Swift - You Need to Calm Down

Beyoncé - The Lion King: The Gift

Billie Eilish - When We All Fall Asleep, Where Do We Go?

Ariana Grande - thank u, next

“Revenge Of The Dreamers III” — Dreamville

With such great artists competing for the awards, it is surely going to be an exciting evening for their fans. Agree with our predictions for Grammys 2020? Share your thoughts in the comments section below!