BTS At Grammys 2020: From Boy With Luv to Mic Drop, 5 Songs That the K-Pop Hotties Should Perform at the 62nd Annual Grammy Awards! 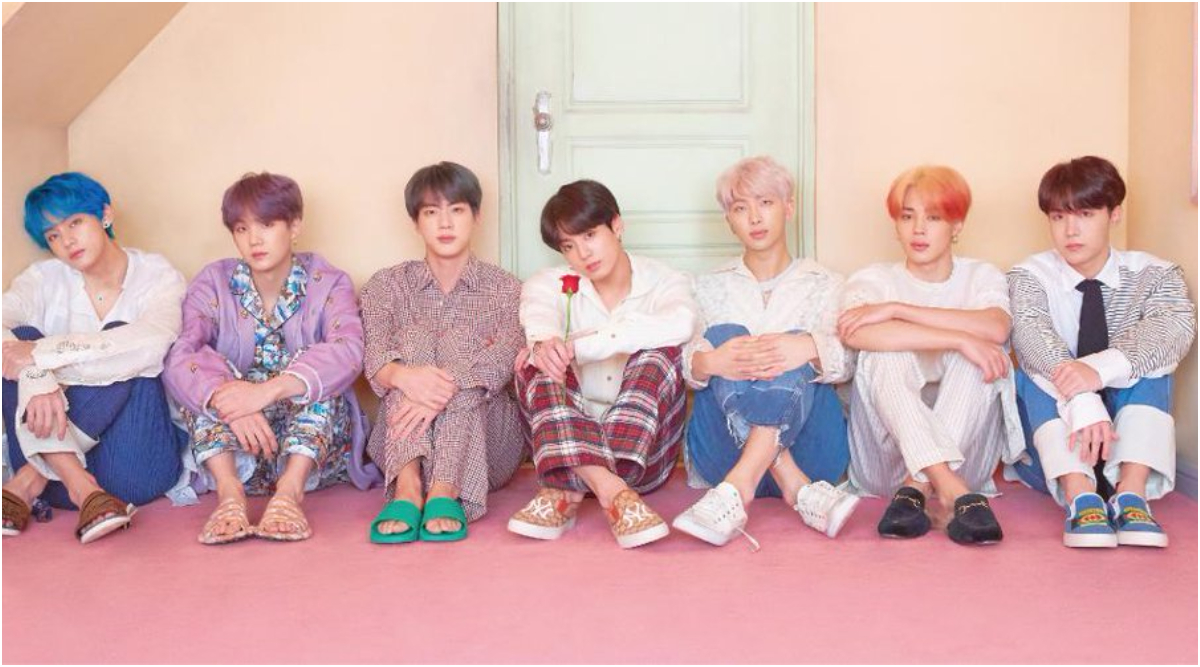 The entire world is waiting for January 26, 2020, as that's the day when the much-coveted Grammys night is going to take place. The upcoming musical fest will see the who's who from the fraternity gracing the red carpet and giving us some oh-so-huge statements. The nominations list this year is vast, and let's hope may the best artiste win and how. But amidst this craze around the awards show, one thing which has caught our attention is the K-Pop's BTS band's performance. And if we go by a few reports online, then, the boys' band group are to perform at Grammys 2020. The members of the band include RM, Jin, Suga, J-Hope, Jimin, V, and Jungkook. BTS Releases New Song 'Black Swan', ARMY Goes Crazy With Praises For The K-Pop Band.

Well, even after getting no nominations this time, the performance by these Korean lads will be an epic one. It was just a few hours ago when a picture of the BTS trope along with sensational, Ariana Grande made it to the web. With this fans have speculated that the hotties might shake a leg and hypnotize the Grammys venue with their voice. But let's think something out of the box here as we bring to you top 5 songs of BTS which we want them to perform on at 62nd annual Grammys Award. Let's get started.  BTS Announce New Album Titled Map of the Soul: 7 to Release Next Month and Fans of the K-Pop Band Can't Wait for February to Come Soon!

With 13 million likes, this BTS song emphasis how one should love oneself first. With some sizzling moves and soft vocals, this melody tops our chart for being a crowd-puller. And well we are sure the Grammys audience will have a gala time experiencing this on the stage.

This particular song saw the BTS group moving away from hip-hop and turning into more of a pop group. The number is all pepped up and can be termed as a party number. So, are we ready to see Grammy's crowd partying?

If the Grammys crowd wants to experience some tragedy and loss, then nothing better than this melody. This one takes you one a nostalgia trip. Especially the lyrics, they are so soothing and overwhelming. If BTS perform on this number at Grammys, loads of tissue supply would be needed.

The name tells it all! The beats of this one is unique, and why not as it's one of the most successful singles in the U.S to date. What a better plan than this at the awards night. BTS Create History at Golden Disc Awards 2020 as They Become the First Artist to Win Both Physical Album & Digital Song Daesangs and ARMY Can't Keep Calm!

Last but not the least, Fake Love is from the band's love series wherein the message is quite clear 'if one does not love oneself it's not real.' From the vocals, guitars to hip-hop beats, this one is magic. Hope the group tune's into this at Grammys 2020!