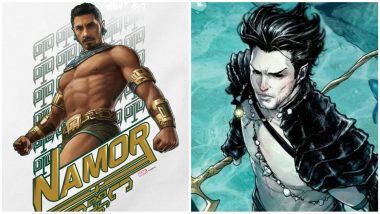 Black Panther: Wakanda Forever in the past week had some artwork leak that gave us a brand-new look at some of the characters that will be appearing in the film. The artwork of course featured Shuri and Okoye in their gear, while we got a look at Riri Williams’ Iron Heart as well. We also got some brand-new looks at the Atlanteans set to appear in the film too, with the biggest of them being the reveal of Namor the Sub-Mariner. Black Panther Wakanda Forever: First Look at Namor the Sub-Mariner From Ryan Coogler's Upcoming Marvel Sequel Leaked! (View Pic).

Namor for a long time was rumoured to be the main villain of Black Panther: Wakanda Forever and was set to play by Tenoch Huerta. With this artwork, it’s confirmed that Namor is indeed going to be the main villain and played by Huerta. It’s surely quite exciting to see Namor join the MCU seeing that with him will come an entire underwater world that will add another layer to this huge franchise. So, let’s take a look at who exactly Namor is and what role he might have in the movie.

Namor is basically a mutant in the Marvel Universe who was created by Bill Everett and first appeared in Motion Pictures Funnies Weekly #1 in April, 1939. Being born to human father and an Atlantean princess, he is the bridge between the two worlds.

According to Marvel’s Fandom page, when Winston Churchill sent Ernest Shackleton to the Antarctic in search of Vibranium in 1915, his ship would end up getting stranded. Leonard McKenzie and Paul Destine (a telepath), would attempt to recover the Vibranium themselves. 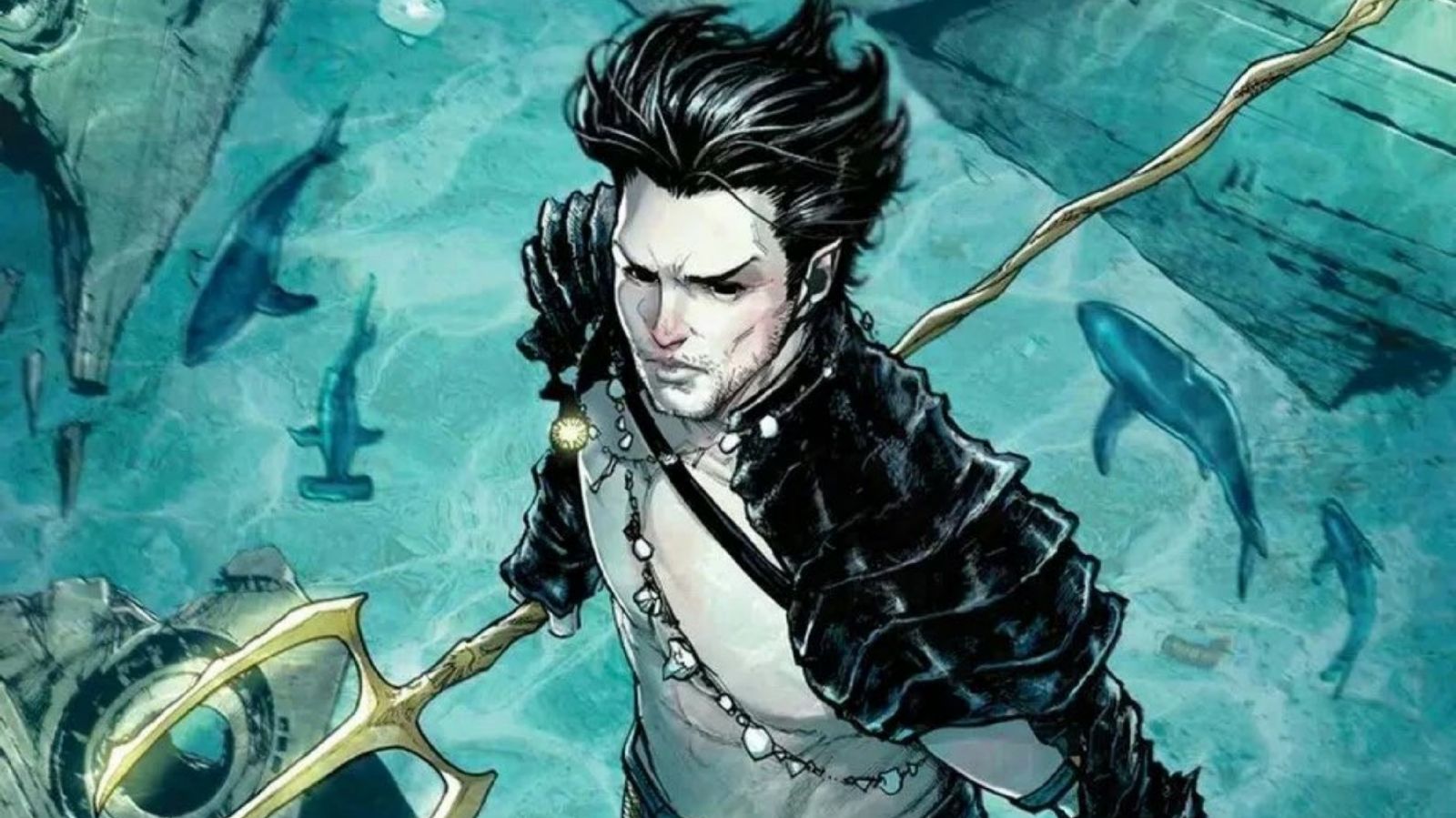 Noticing explosions taking place on the surface, Princess Fen of Atlantis would be sent by her father, Emperor Thakorr, to investigate the disturbance. Here, Fen would meet McKenzie and both would fall in love. He would end up impregnating Fen, but then would lose touch with her when Atlantean soldiers would come up to retrieve Fen. She would travel back to Atlantis pregnant believing McKenzie is dead.

The child would then be born in Atlantis and would be named Namor. His name meant “Avenging Son”.  In the comic Namor would go on to become the King of Atlantis as well, and many times has had run-ins with some of the biggest characters in the Marvel Universe. For example, he has had a complicated history with Sue Storm and the Fantastic Four also despises him a bunch. 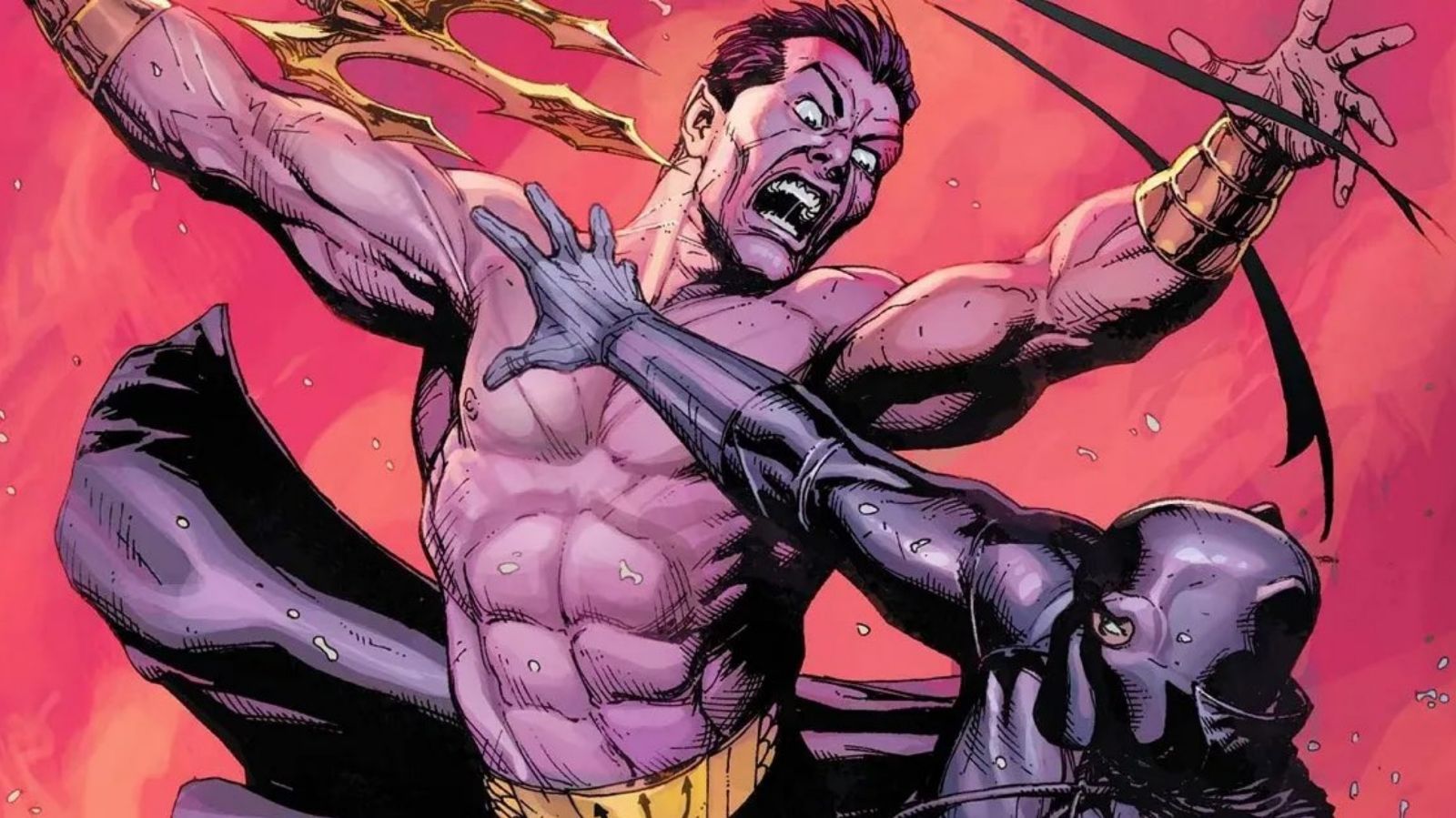 But however, in Black Panther: Wakanda Forever we are sure to see international dispute between Atlantis and Wakanda as that’s what leads T’Challa and Namor to fight. While in the movie we won’t be seeing T’Challa due to the unfortunate passing of Chadwick Boseman, we can expect to see Wakanda stand their ground against Atlantis. The CinemaCon footage for Black Panther: Wakanda Forever showed that Shuri and Okoye get ready for a battle, so that definitely means them awaiting the arrival of the Atlanteans.

The artwork also gave us our first look at Attuma, Namor’s villain who will be appearing in the film, and we can expect him to have a significant role her too considering how important his story is. 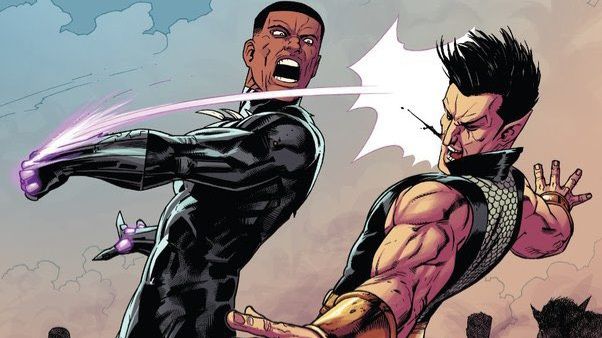 As for powers, Namor has all the superhuman powers you could expect him to have, however he is extremely strong when underwater. Having achieved great feats of strength, Namor has an amphibious nature to him and as well aquatic healing. He can fly as well. Wakanda Forever: Did the Upcoming Marvel Sequel Drop 'Black Panther' From Its Title? These Leaked Merch Pics Hint So!

Black Panther: Wakanda Forever is set to change his origins a bit though, as the artwork even showcases some Aztec and Mayan inspirations to it. With Tenoch Huerta in the role, this is certainly an interesting choice that adds a great flair to his look. 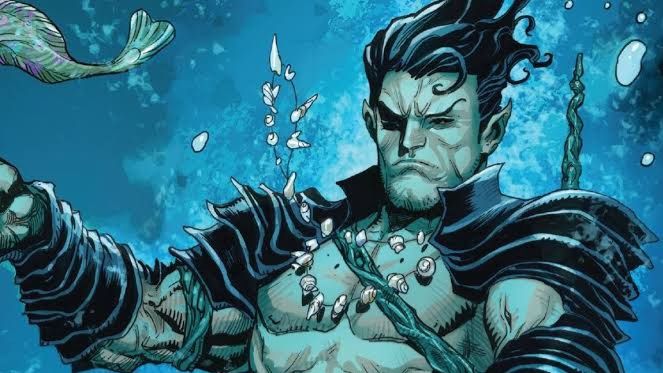 To check out Namor’s live-action debut, tune in when Black Panther: Wakanda Forever releases in theatres on November 11, 2022.

(The above story first appeared on LatestLY on Jul 05, 2022 07:09 PM IST. For more news and updates on politics, world, sports, entertainment and lifestyle, log on to our website latestly.com).