Kris, Kim, Kourtney and Khloe and Kendall and Kylie have now signed with Hulu to debut a new series on the Disney-owned streamer. It is, however, unclear whether Caitlyn Jenner will be a part of the new series. 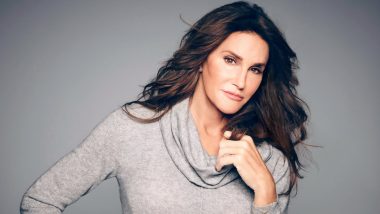 Caitlyn Jenner's name has often popped up when discussions about Californian politics has taken place. The 1976 Olympian and Keeping Up with the Kardashians star has often been linked to rumours that suggested that she wants to run for the position of governor, and as the days pass by, these rumours keep getting stronger and stronger. The latest buzz is that Jenner is going for the Golden State’s gold medal in a possible attempt to take on Gavin Newsom to be California’s next governor. Caitlyn Jenner Admits She’s ‘Much Closer’ with Kylie Jenner than Kendall Jenner.

According to reports in Axios, the reality star has been having conversations with GOP operatives about attempting a repeat of Arnold Schwarzenegger’s taking over Gray Davis' position back in the 2003 recall. She is serious about putting her name on the ballot to face off against the besieged incumbent in a recall election that will take place this fall, confirmed Deadline. While these rumours are thought to be true, an industry insider close to the situation told Deadline, “Caitlyn Jenner is never going to be governor of California, but she may get herself a new show on a streamer out of all this."

Earlier as well, in a statement given to People magazine, Jenner's manager Sophia Hutchins had said "Caitlyn is not running for governor, has never considered running for governor and is very happy doing the work that she is doing to promote LGBT rights and spending time with her 18 grandchildren and 10 children." Caitlyn Jenner Birthday: Powerful Quotes by the Former Athlete and Reality TV Star on Self-Esteem, Sexuality and Gender Identity.

In recent years, the transgender activist has been vocal about her political beliefs. She recently faced a fierce backlash from peers after revealing that she voted for Trump back in 2016. Jenner shares daughters Kendall and Kylie Jenner with ex-wife Kris Jenner. She has a total of 10 children in all, 6 biological and 4 step-children, including Kim Kardashian, Khloe Kardashian, Kourtney Kardashian, and Rob Kardashian.

Apart from this, Keeping Up with the Kardashians will now come to an end after its 20-season run on E!. Kris, Kim, Kourtney and Khloe and Kendall and Kylie have now signed with Hulu to debut a new series on the Disney-owned streamer. It is, however, unclear whether Caitlyn Jenner will be a part of the new series.

(The above story first appeared on LatestLY on Apr 07, 2021 10:31 AM IST. For more news and updates on politics, world, sports, entertainment and lifestyle, log on to our website latestly.com).